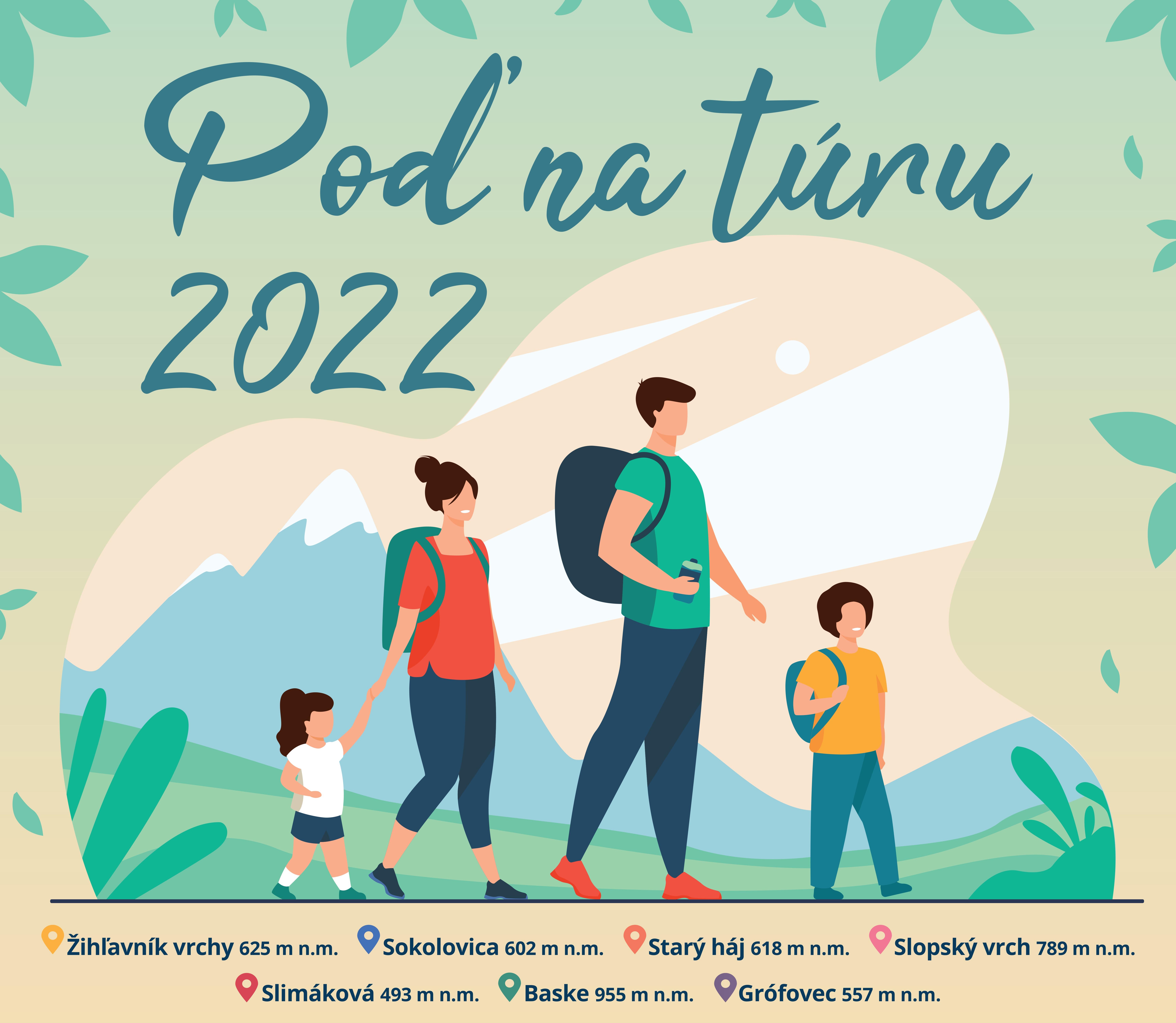 After the successful 1st year of the tourist competition in Trenčianske Teplice, its continuation is coming. "Come on a tour 2022" again invites, small and large, to actively spend the tourist season around Trenčianske Teplice. The aim of the project is to motivate the movement and active use of free time in a competitive form.

As in the previous year, the organizers set 7 prospects located near Trenčianske Teplice. The Slimáková, Grófovec, Sokolovica, Starý háj, Slopský vrch, Baske and Žihľavník peaks represent 7 challenges that need to be overcome between 1 April and 31 October 2022 . At each of them, at the brand of prospects, it is necessary to take a selfie and then send them to the competition at podnaturu@gmail.com. It is definitely worth competing, as there are several weekend stays in Trenčianske Teplice.

You can find more current information about the competition and the whole project at www.podnaturu.com or on the FB page Trenčianske Teplice Aktuálne .