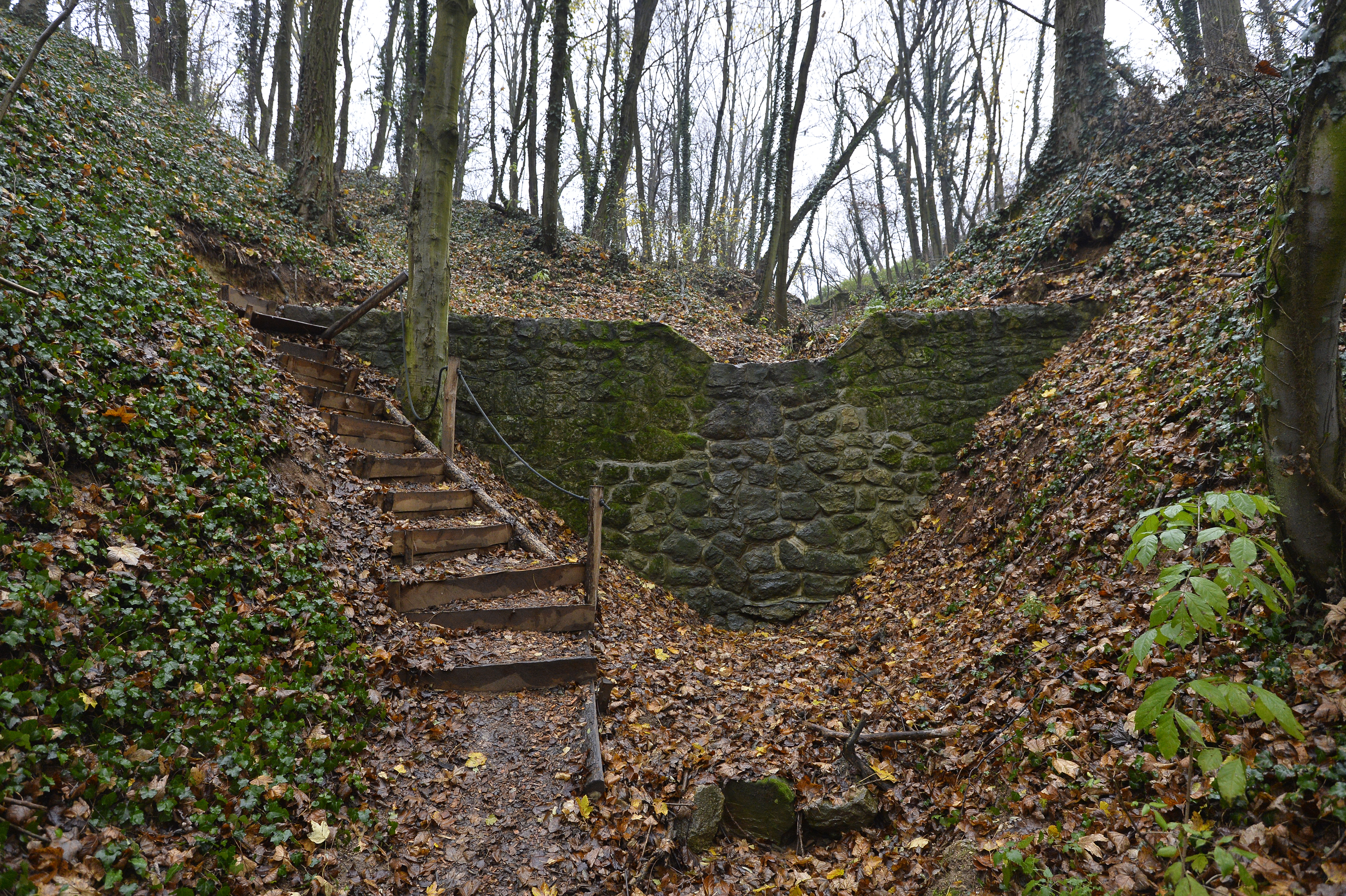 Photographers love the charming scenery of the sacred, photogenic church ruins in the East and during sunset. Magical moments capture the lens and the poetic soul on a bright winter and snowy day. Well, the mystical atmosphere of this precious place is a misty weather.

A Romanesque church with a defensive wall with an entry tower, artillery, and bell tower was built on the edge of today's village of Haluzice in 1240. It was later rebuilt in Gothic and later Renaissance style. Fortified churches in the Middle Ages were often the only solid building in the neighborhood, and therefore, besides protection from robbers and armed troops, they also played a role in shelter from floods or storms. They used to be a gathering or a place for markets. The Hallucine Church ended the sacred ceremonial ceremony in 1810. At the beginning of the 18th century, it was carried away by the rare late-Gothic statue of Madonna from the end of the 15th century. Today it is stored in the parish church in Beckov and is probably the only monument from the original interior. In the building part of the church, from which only a stone torso has been preserved, worship takes place from time to time. In 2009, there was an extraordinary concert of medieval music.

Historians have argued - probably a bold statement - that the Hallucine church was originally a castle. And not only because, according to several sources about this fortified church, Vah and Tatier himself showed interest. It is well known that, in the case of his interest, the property had to go as soon as possible into his administration. The 1299 document states that the Haluzic castle conquered Matus Catch back from the royal army. It is from this note that there is an unconfirmed castle-church legend.

If a tourist chooses a ride along the Bošáčka valley in the White Carpathians, the Haluzice village lying side by side from the main road is a good starting point. There is a side road to the village behind Trenčianske Bohuslavice. The church can also be reached by a field road from the village of Štvrtok.
Beckov Castle is visible in good weather. On the hill there is a smaller viewer with even more beautiful view.

On the northern side, it is about a kilometer long, 200 meters wide and 50 meters deep Haluzic Primer. This protected landscape area is also interesting because the stream has not finished its work and the crack is getting deeper. If the visitor decides to continue with picturesque kicks to New Bošáka, a small reward for perseverance can be also the medicinal cup of local slivovitz.