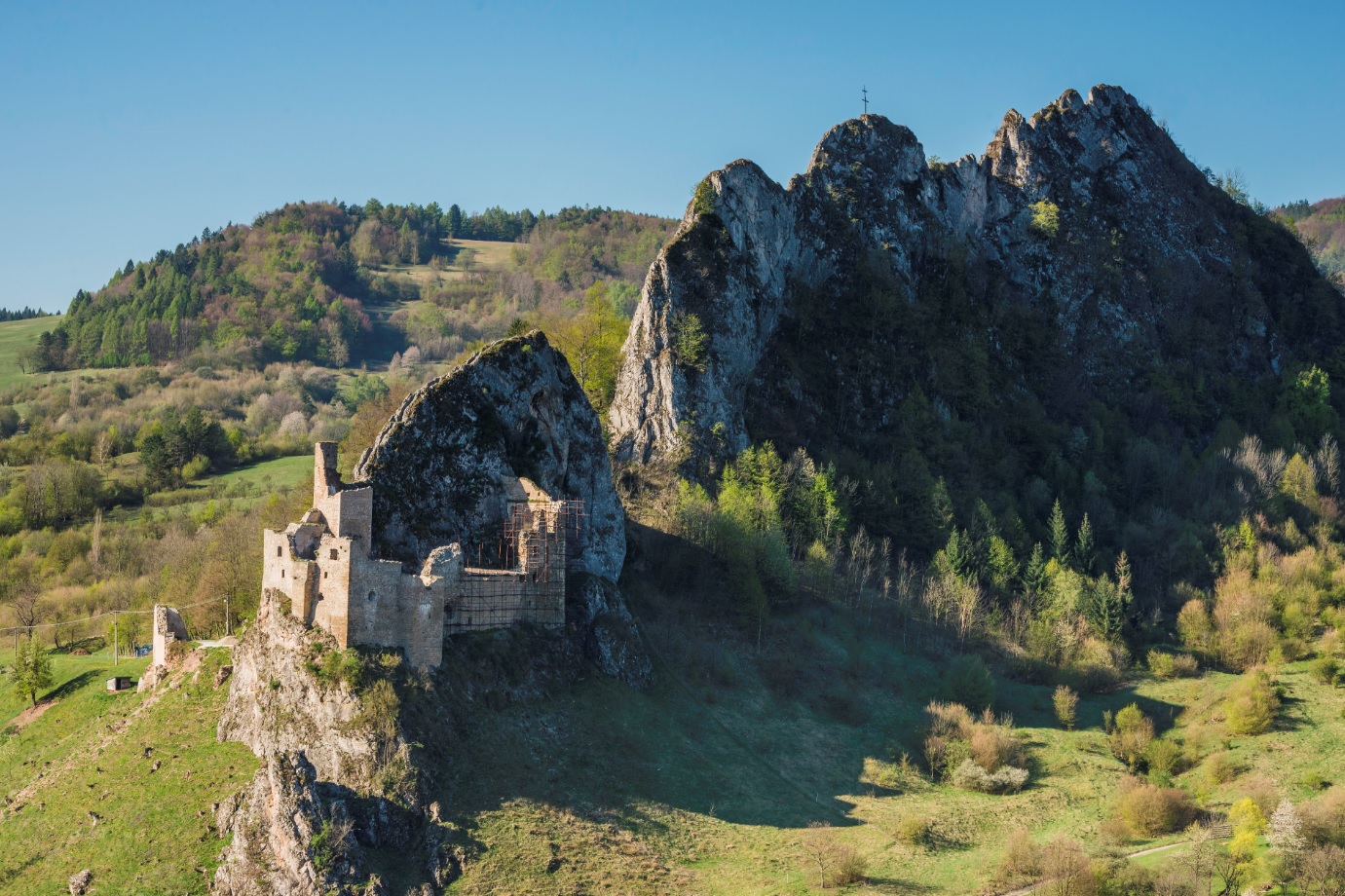 The spring of love and hope, romantic and fairy. The castle stands on a sharp rock above the village, 16 km from Púchov. There is no road further, this is the final stop. Further in the distance are only White Carpathians, natural scenery and river Morava. Visitors can travel back in time through a tunnel carved into the rock cliff featuring 79 steps. Do not hesitate and come in.

Lednice castle was built to guard the trade route to Moravia.The first written records date back to 1259, however, findings suggest that people lived there almost 2,000 years ago. Around the 9th century the first Slavic fortified settlement was built here and later served as a basis for the castle.

The castle changed several owners over time. The most famous was Rákoczi family, robber brothers Podmanickí and Maťašovská family. Castles in Považie suffered a very cruel fate. Imperial armies in 1708 demolished almost all nearby castles except Lednica. Although the castle fell into disrepair, Maťašovská family fixed it – it had 45 rooms, several towers and bastions. In the early 20th century its glory faded away and the castle turned into ruins. However, restoration works have been underway for more than 10 years. If you are curious about the outcome, come and pay the castle a visit.

A wedding day came for beautiful Katarina and ranger Ondrej. However, not everything went according to the plan. Nobles from afar had been enjoying themselves at the castle very loudly for several days straight. Peasants brought nobles wine, venison and gifts. However, the lord of the castle had in mind something else, something perverted. He claimed the right of the first night since Katarína was his subject. Gendarmes were ordered to bring her to the lord.

There was nothing Katarina’s family, priest or even mayor could do to help the poor girl. Desperate Katarína did not want to break the marriage vow and chose death. She jumped out of the open window into the gorge below the castle. From the place touched by drops of her blood a small spring sprung out. The spring was named Katarina’s spring after the poor girl. Rumor has is that she is still walking around the walls in her white wedding dress.

It is located on a steep cliff below the castle. It was built by peasant to represent love of Katarínka and Ondrej. People of Lednice have been renovating the cross for generations.

The couple was not forgotten and local people in 2007 renamed the spring Na Žliabku to Katarína’s stream.

In 1675 Jan Amos Comenius stopped in Lednice for a while. He visited the preacher Mikuláš Drabik who was later executed in Bratislava – he had foreseen the end of Habsburgs’ dynasty. The local nursery and elementary school were named after Comenius.