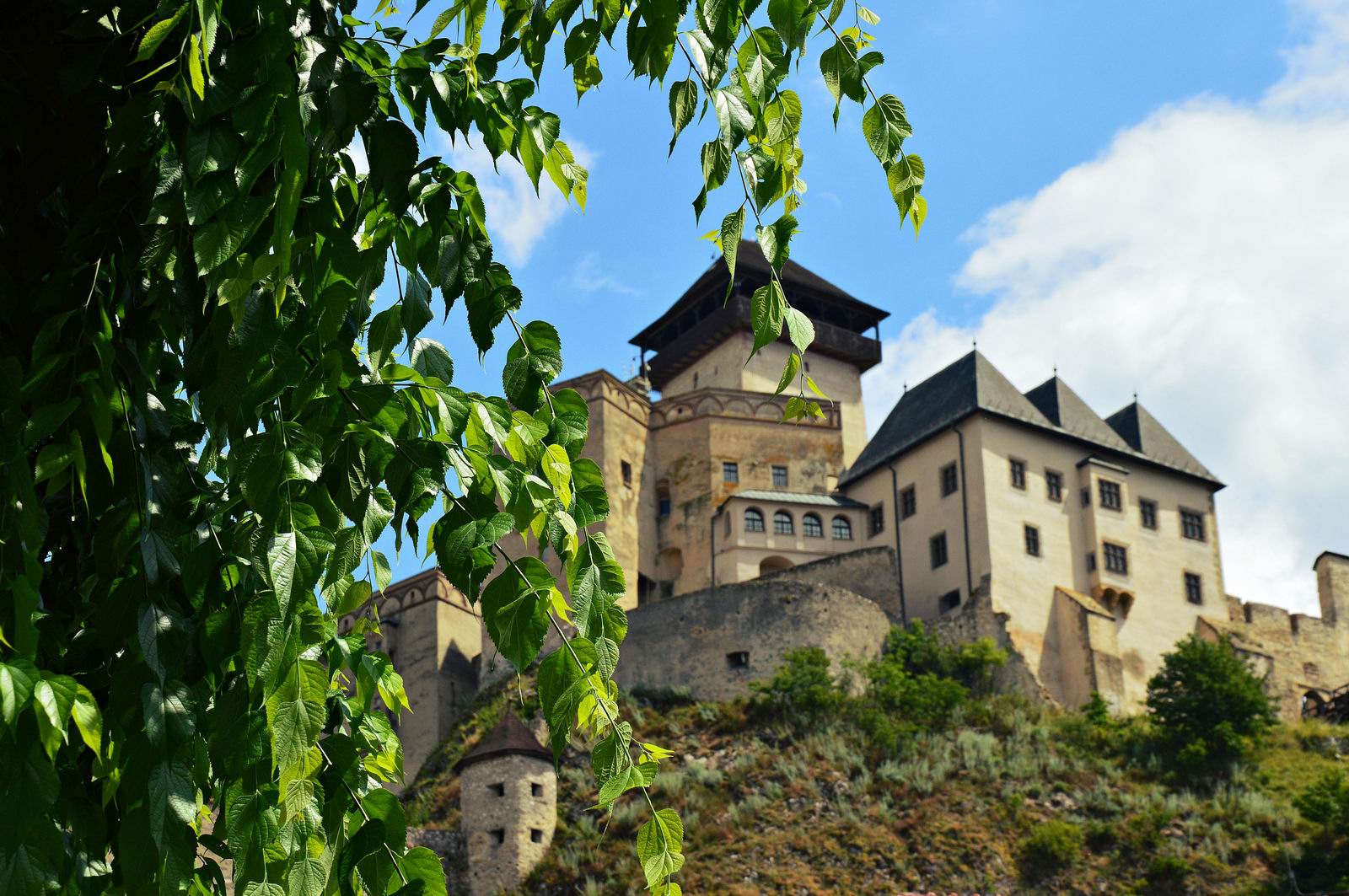 In the period of Great Moravia on the site of today´s castle once stood a fortified administrative center governing the adjacent region. Today´s castle was built in the 11th century as a border fortress guarding important Váh fords and important Carpathian passes through which led trade routes linking the North Hungary and the Central Slovakian mining towns with Bohemia, Moravia, Silesia and Poland. In the following centuries the castle had become a seat of the bordering county, then a royal county and after that an aristocratic county. The most famous ruler and owner of the castle was Matúš Čák of Trenčín who made the castle the center of his vast possessions. With its wealth and splendor Trenčín castle easily surpassed the royal court.

A TALE THE WELL OF LOVE

Turkish pasha Omar decided to free his beloved Fatima at any cost. The beauty had been captured by the Hungary´s richest tycoon Stefan Zápoľský and kept at Trenčín castle. Omar could free Fatima only when he would fulfill one of the hardest challenges - to dig a deep well into the castle rock. Tireless Omar accompanied by his three hundred comrades had been digging the hole in the hard rock for three years. All of his comrades fell victims to the well. Thanks to that well the castle had become self-sufficient, and hence impregnable. With the words "Zápoľský, you got water but no heart" Omar took his beautiful Fatima and went away. Allegedly, Fatima’s veil caught on a nearby-standing bush when she was leaving the castle with Omar. The inn built on the very same spot later in the 16th century got its name after this incident – “Závoj” (Veil). Today the inn is called “Fatima”.

Before you reach the castle and its ancient premises with admirable exhibits from Trenčín Museum, spare a minute for a unique writing visible from the terrace of the hotel Elizabeth - a Roman inscription from 179 AD carved into the castle rock. It is one of a few Roman inscriptions north of Danube. Then, you can take a walk around the stone streets, see Katov dom and the inn Fatima and walk up to the castle gate.

From under the city tower with magnificent Trenčín clocks you can get to the castle taking Parish stairs / Farské schody. Climbing ninety nine renaissance stairs from 1568 lets you listen to the tales like About Trenčín hangmen, About Secret Passage, The Case of Deceased Baroness, About the hermit St. Svorad, About the water-sprite...