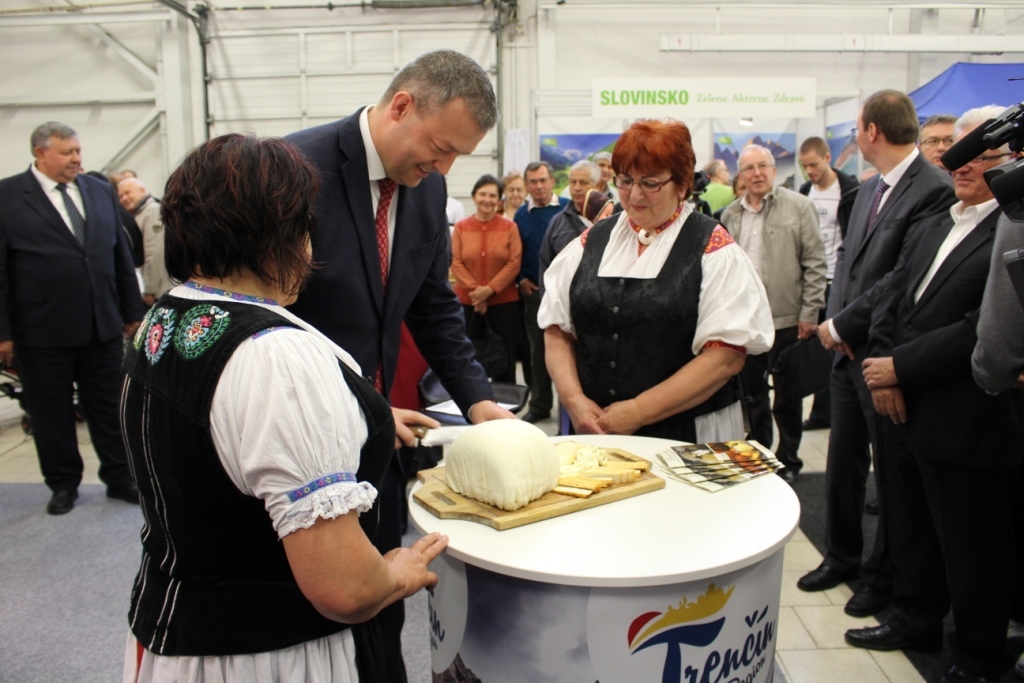 Tourism Fair The Tour Expo Region has offered visitors the inspiration for spending their free time and holidays in border regions in the Czech and Slovak regions. His tourist offer through the regional tourism organization (KOCR) Trenčín region was presented at the trade fair Trenčín Region.

Trenčín offers tourists what to offer

The Trenčín region is breathing with history. It is surrounded by castles and chateaux covered by centuries-old legends. It offers active relaxation in spas and thermal swimming pools, sports activities and adrenaline experiences in beautiful nature or gastronomic specialties. The region's tourism organization Trenčín region was presented by the regional tourism organization Trenčín region during the ceremonial opening of its stand on Friday, May 13, 2016. Several important guests were present: Ambassador of Slovenia to the Slovak Republic (SR) Bernard Gradišnik, Member of the Embassy of the Czech Republic Jaroslav Baška, Head of the Zlín Region Stanislav Mišák, Rector of the Trenčian University of Alexandr Dubček in Trenčín Jozef Habánik, Vice-Chairman of the Žilina Self-Governing Region and Chairman of the Regional Tourism Organization (KOCR) Žilinský Tourist Region Jozef Štrba, Jozef Trstenský, Vice-Chairman of the Trencin Self-governing Region, József Berényi, Vice-Chairman of the Trencin Self-governing Region, Pavol Hozlár, Director General of Expo Center, Trenčín, and Director of the TSK Office and Chairman of the KOCR Trenčín Region Juraj Gerlici.

The Expression Title "Discover the hidden treasures of the Trenčín region" suggests that the regional tourism organization will, in its presentation, uncover the hitherto unseen secrets of the Trenčín region. As the first treasure that has been hidden underground for several years, the KOCR Trenčín region has introduced a new underground groundwater project. Up to 150 meters of mysterious passages, which Alžbet Báthory itself has passed, has the great potential to attract tourists to the Trenčín region. Čachtice underground at the fair was presented by the Chairman of the Agricultural Cooperative (PD) Čachtice Jozef Čarada and members of the Civic Association On the Castle. "It's the work of volunteers who work on his day-to-day work. All of you are inviting you to these mysterious spaces, "said Charada. This new tourist site presents the new promotional material from the KOCR Trenčín region, which is intended for presentation at various cultural, sporting or social events within and outside the region.

Another treasure perceived only by the public in the Trenčín region is mountain farming. Although the Trenčín region is not a typical mountain region, through the "Bačova cesta" project, which connects the chalets in the Trenčín and Žilinský regions, these localities also get to the attention of the local inhabitants. "I am very glad that the cultural heritage of our ancestors can be promoted in this way. The members of the Bačova cesta project are currently 10 subjects, 2 are from the Trenčian region, "said the chairman of the civic association Bačova cesta Ľudovít Urbanovský.

Presentation of the tourist attractions and hidden treasures of the Trenčian region through the regional tourism organization of visitors to the fair was addressed by its diversity. The activity of the young, only an organization in support of tourism in the region was also supported by TSK chairman Jaroslav Baška: "The regional organization of tourism Trenčín region is a very young organization, I think it started very well and I firmly believe that, following the pattern of other tourism organization , Which have different regions, will go the right way. So, we will be able to evaluate in the next year that the Trenčiansky Region is attracting more and more tourists. "

How do cultural sights contribute to regional tourism?

As part of the accompanying program of the Region Tour Expo 2016, the KOCR Trenčín Region organized a conference entitled "Cultural Monuments as an Instrument for Development of Regional Tourism." Experiences in the management of historic buildings came from the experts from Slovakia and the Czech Republic, the Slovenian Tourist Center Based in Prague.

Attractive events for visitors and marketing activities of the Trenčín Castle, dominating the Trenčian region, was presented by the deputy director of Trenčiansky Museum in Trenčín Tomáš Michalík. The director of Oravský Múzeum, based in Dolný Kubín, Mária Jagnešáková, which is also headed by Oravský hrad, pointed out that the very existence of ancient castles to attract tourists is not enough. What attracts and revives medieval castles is an interesting event for different ages.

Ján Svoboda, President of the Association of Historic Hotels in Slovakia and Secretary General of the Association of Historic Hotels of Europe, has come to share his experience with the reconstruction and management of historic buildings. Under his leadership, he managed to restore the glory of two objects within the Trencin region - Hotel Elizabeth in Trenčín and the Zelená faba swimming pool in Trenčianske Teplice. The attractiveness of another historical hotel and years of experience in the tourism sector was presented by Jozef Provázek, director of the Thermia Palace Hotel in Piešťany.

Martin Krčma, the castellan of the Archbishop's Palace in Kroměříž, drew in his contribution how the registration of the monument on the list of UNESCO's historical heritage influenced the visit of the Kroměříž castle and its adjacent gardens. At the end of the seminar, Michal Kura from the Slovenian Tourist Center in Prague presented the well-known and less well-known tourist sites of Slovenia and the most visited cultural monuments.

Speeches by individual speakers, representatives of professional institutions, museums, tourism organizations or private subjects have shown that the potential of cultural monuments to attract tourists to the regions is enormous. The effort to preserve, enhance, reconstruct, or use historical objects for a purpose other than the original is very demanding and requires a lot of money. All of these activities, however, contribute to the protection of cultural heritage, and therefore deserve public recognition and support from state institutions. 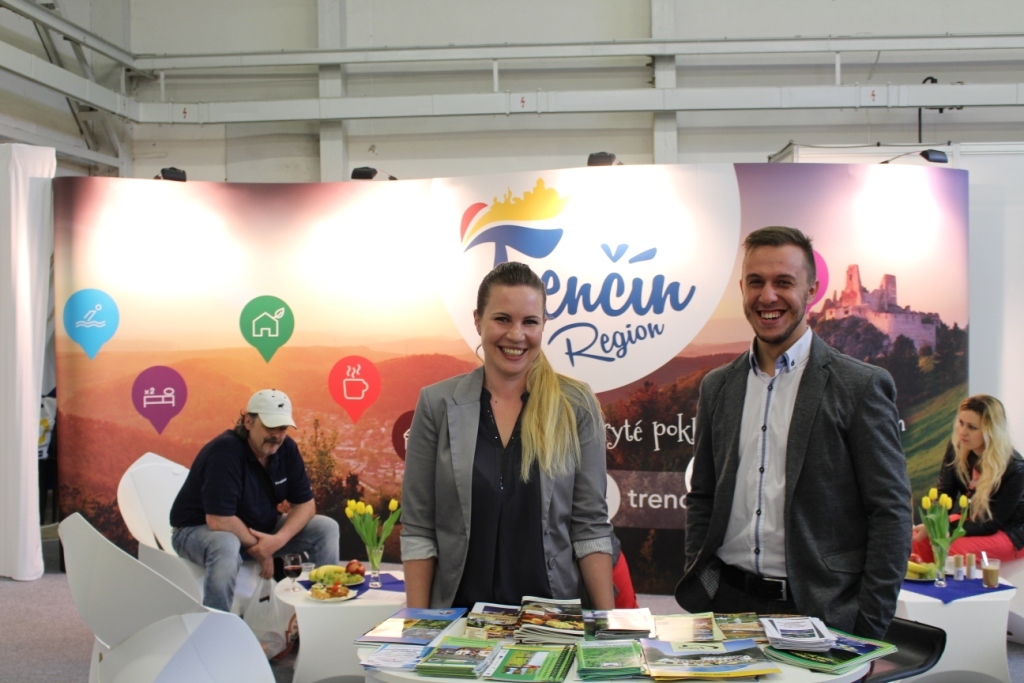 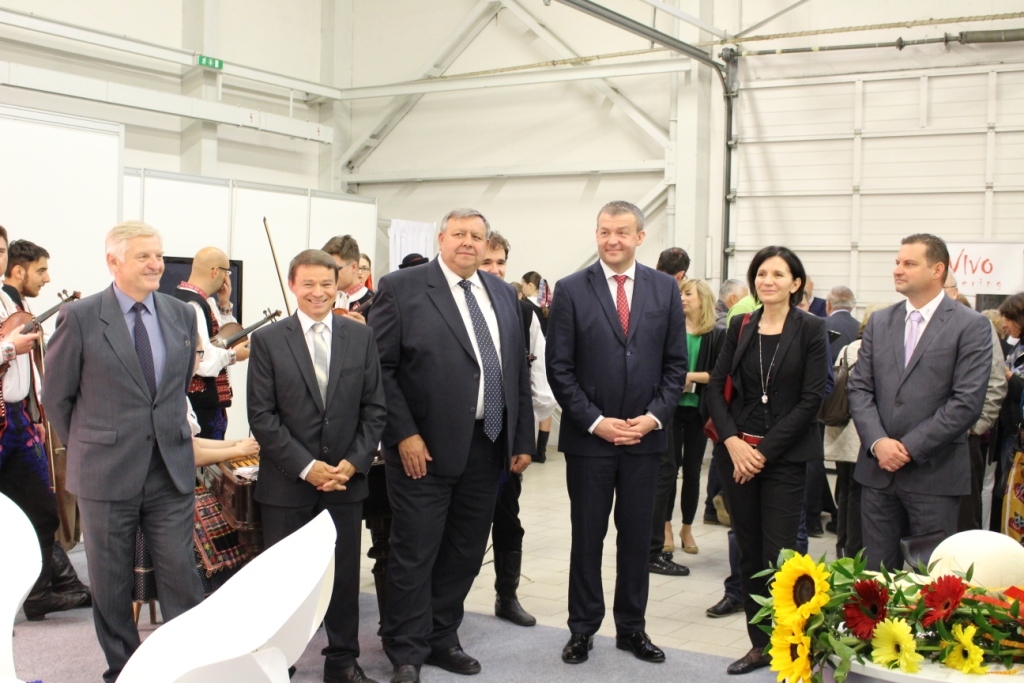 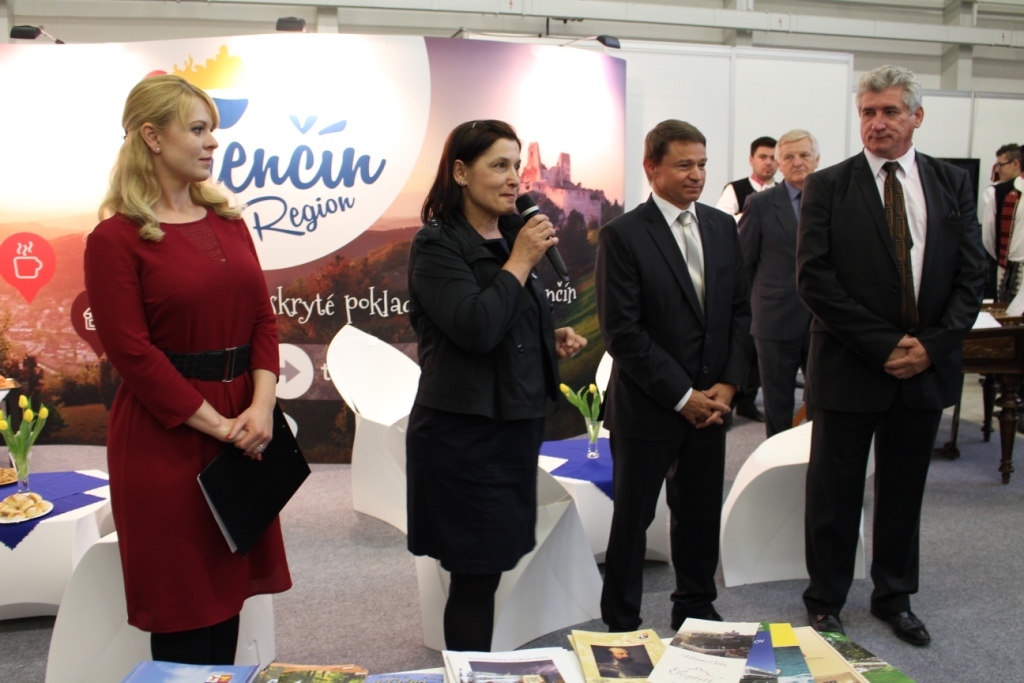 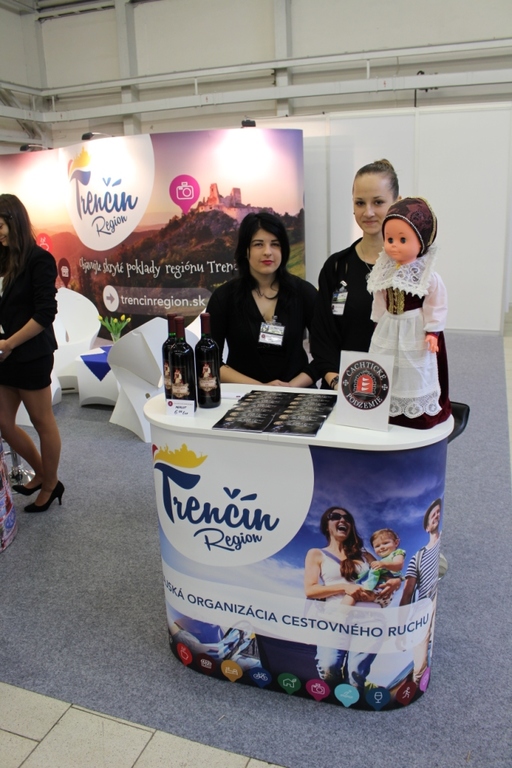 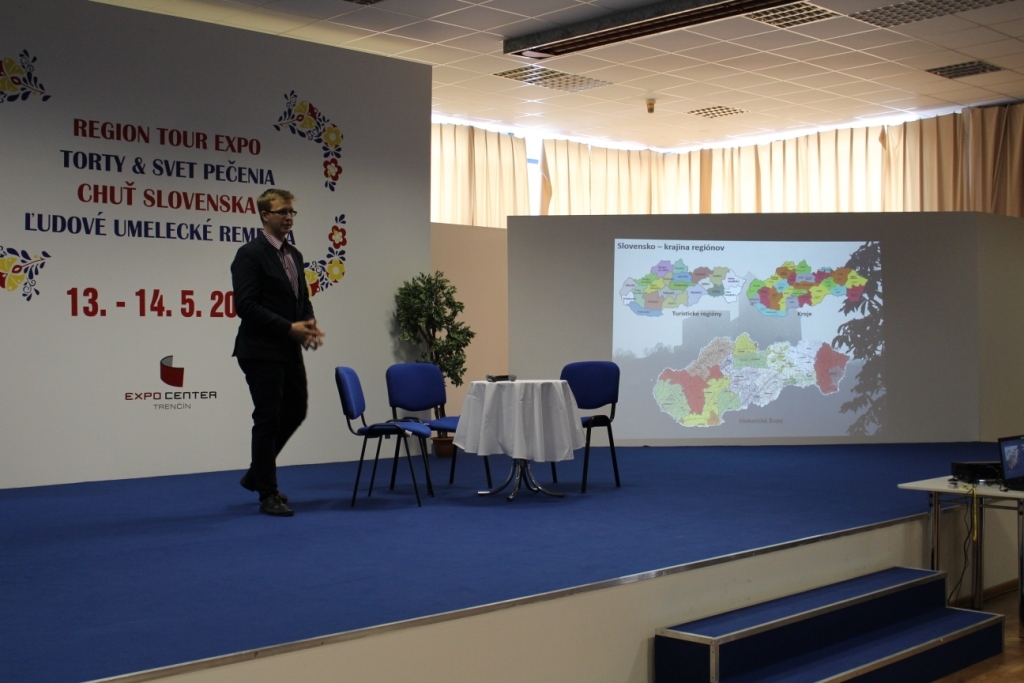 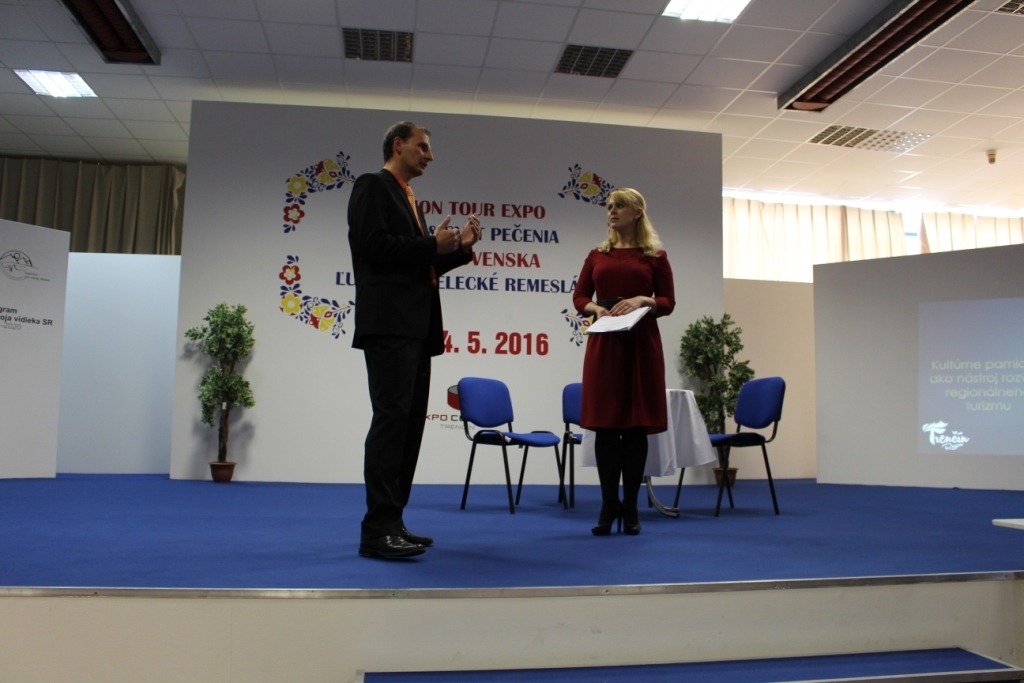