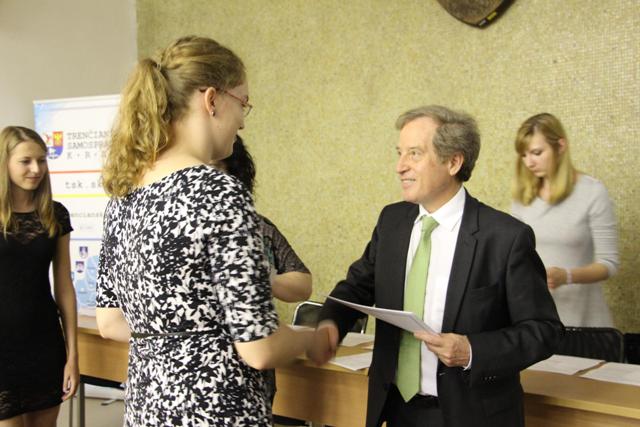 The graduation of a bilingual study at the Ludovita Štúra Grammar School in Trenčín was an opportunity for the French Ambassador to Slovakia to visit Trenčín.

Diploma certificates were handed over by the French diplomat Didier Lopinot in the presence of Trenčiansky župan Jaroslav Bašek and the director of Grammar School. Štúra in Trenčín Pavel Kováč in the premises of the District Office of Trenčín on Monday 30 May. Subsequently, he moved to Trenčín County, where he discussed the possibilities of cooperation in the area of ​​secondary education together with the bathrobe. He also met with the Executive Director of the Regional Tourism Organization (KOCR) of Trenčín region Evou Frývaldskou , who talked about the activities that KOCR is developing in support of tourism in the region. "The Trenčín region has great potential for tourism development. I personally visited Trenčianske Teplice, Trenčiansky or Bojnický castle. I think that, in particular, the number of castles and ruins that you have in your region can attract foreign tourists, "Lopinot said.

After graduating the meeting, the French diplomat looked at the city of Trencin, accompanied by the executive director of the KOCR Trenčín Region. "Since the ambassador had visited Trenčiansky Castle before, he had asked for a visit to the churches and galleries," Frývaldská said. The history of the Farský Church, the oldest in Trencin, was presented by the local chaplain Anton Datelinka to the French diplomat. Didier Lopinot looked with interest in the interior of the church, individual chapels, sculptures, altar and frescoes. With the fine arts of the Trenčín region, the French ambassador met in Miloš Alexandr Bazovský's Gallery, which is in the founding area of ​​Trenčianský samosprávny kraj. Permanent exhibition with the works of the famous painter MA Bazovský ambassador was presented by the director of the Barbora Varga Petríková Gallery. The French diplomat was also interested in the current exhibition of contemporary Slovak painters and the building in which the gallery is located.

The French Ambassador, who has been in Slovakia for the third year, has visited almost all of the tourist sites in Slovakia. Slovakia is perceived as a country with a great potential for tourism, especially in the area of ​​historical and cultural heritage. 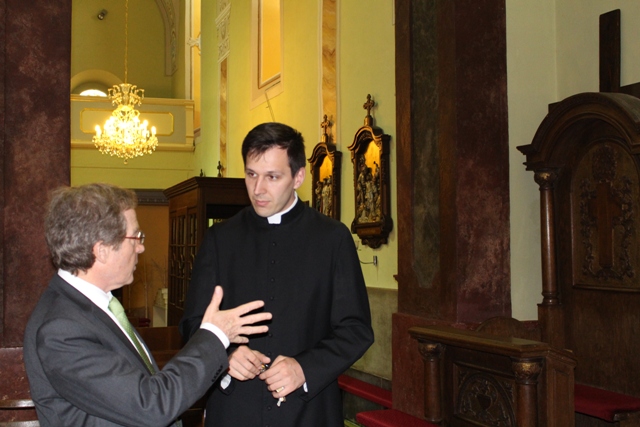 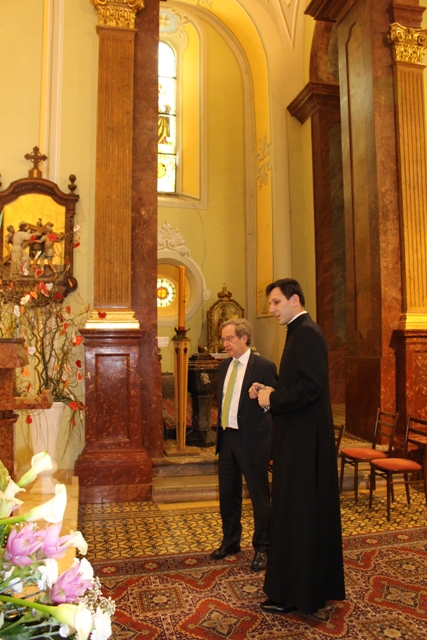 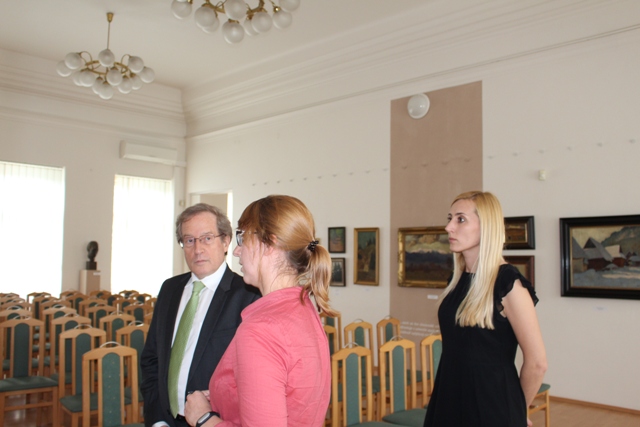 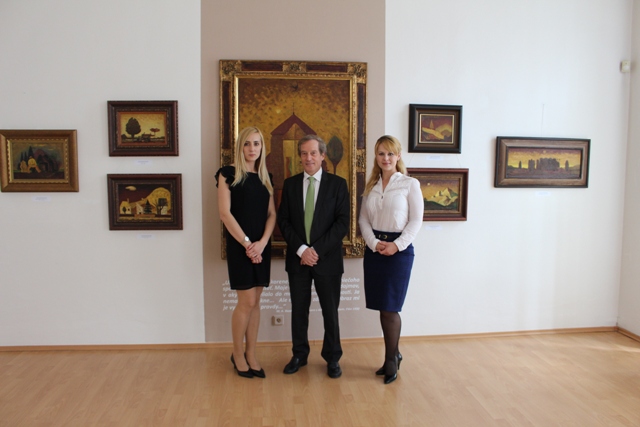