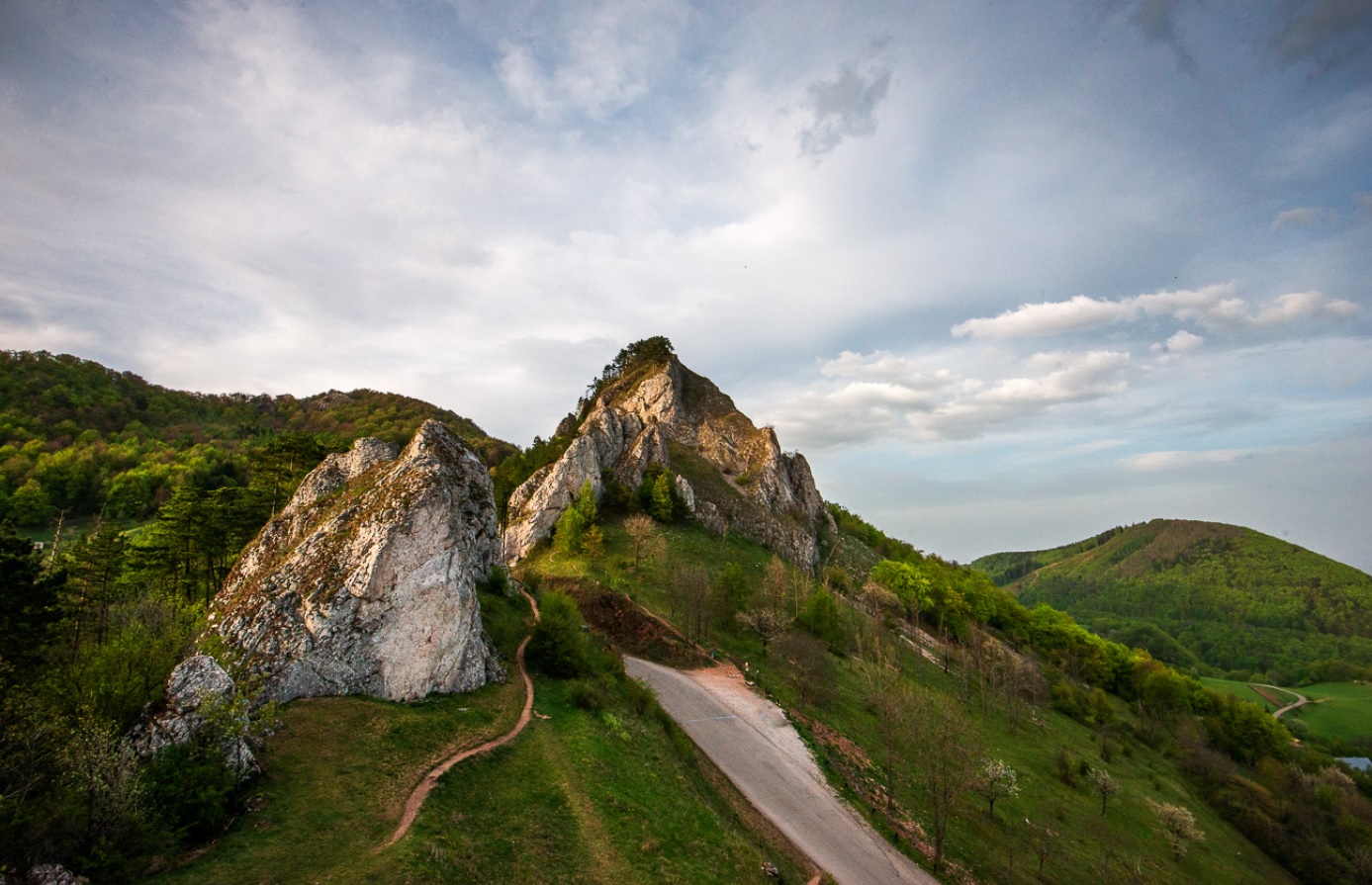 The natural axis of the whole Považie is the river Váh. It divides it into two parts. The one that is closer to the border with the Czech Republic is often less known, probably also because there are no busy cities, but almost the villages themselves. Even in small villages, however, you can discover hidden gems.

The region, which lies below Vršatec, covers part of the Trenčín, Ilav and Púchov districts. This area is dominated by the ridges of the White Carpathians. The most famous are Vršatské, whose subsoil is formed by Mesolithic limestones of the ridge zone prone to karsting. The bars above the village of Červený Kameň are again typical of red and gave the name to this village. Together with meadows and pastures in the Nebrová locality, they are protected natural areas. The strip of rails also crosses the Lednice valley. Unusual rock shapes have become the source of several legends.

The journey through the region below Vrštacom begins in the villages of Horná and Dolná Súča, which were in the past famous for their folk crafts, costumes and architecture. In the past, there was even one of the guard castles above Dolná Súča, which protected the passages from the Moravian part of the Czech Kingdom. From the valley, through the ancient pilgrimage site of Skalka, you can reach the town of Nemšová - or even Villa Neusova, as it was written in documents as early as the 13th century. Among the most important historical monuments here today is the Church of St. Michael the Archangel. The building itself burned down several times, most recently in 1961. The church tower was blown up by Romanian troops at the end of World War II, believing that it was an observatory of the enemy army.

From Nemšová you can go to Pruský, a village that most of them associate mainly with Hugolin Gavlovič. To this day, there are yews under which this Franciscan priest and writer was to create his poems. In the village, this personality has been remembered for more than 50 years by summer events, which include exhibitions, theater performances and various concerts. From Valašské Klobouky, a 35-kilometer nature trail leads to Prussia, which bears Gavlovič's name.

From Prusky you will get to Krivolát, where you can again cross the Krivoklát gorge to Vršatec. Among the above-mentioned natural attractions are Krivoklátske lúky, which are an example of white Carpathian orchid meadows with wetlands, Drieňová and Dračia studňa. In the glassworks famous Lednice Rovny, the castle park from the end of the 18th century, which surrounds the classicist manor house, is interesting. Nearby Lednice was again famous for the castle, built on a steep cliff.