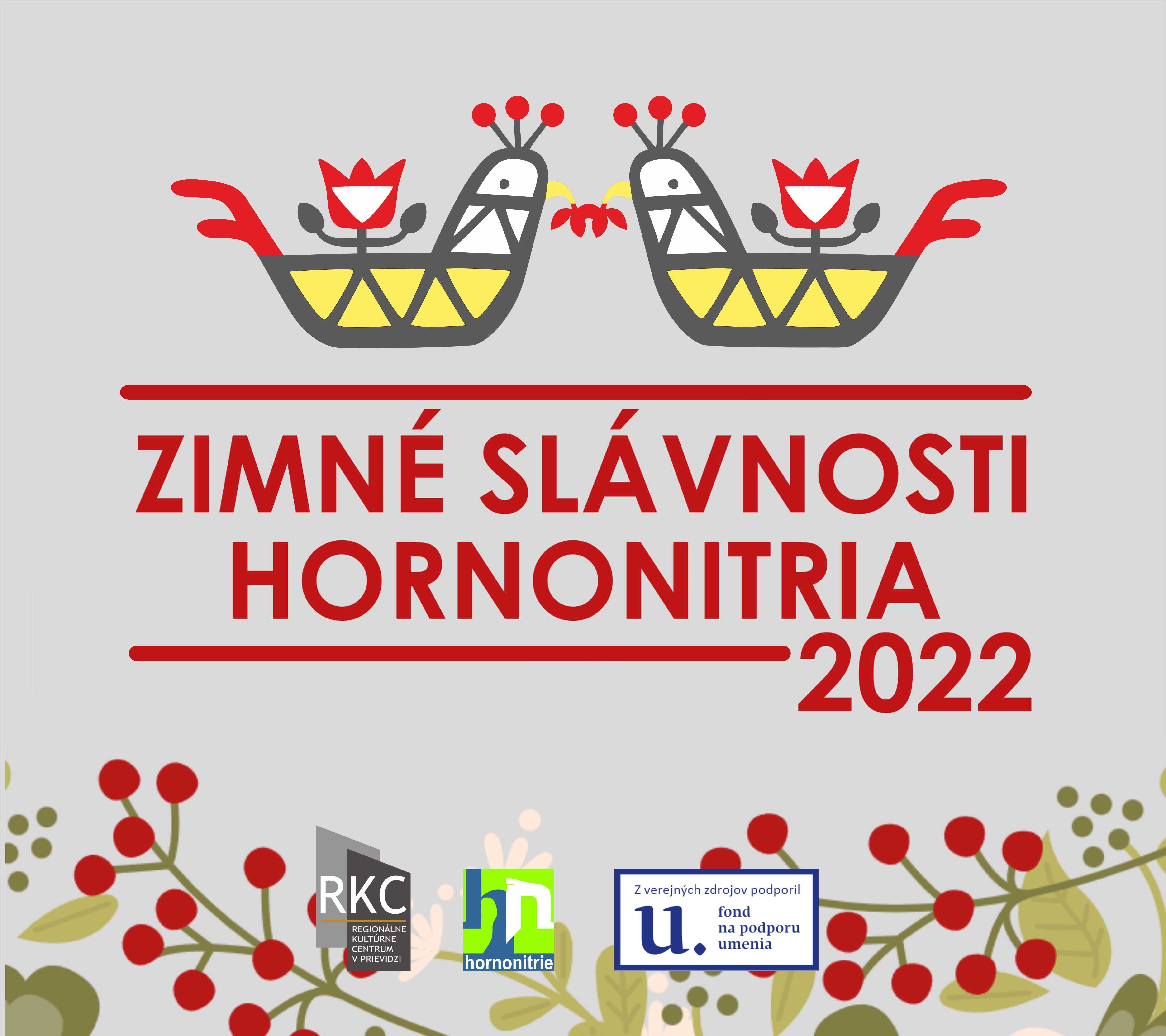 The Regional Cultural Center in Prievidza, founded by TSK, OZ Hornonitrie and the municipalities of the Pravnianska Valley, has already prepared a traditional cycle of events dedicated to folk culture called the Winter Festival of Hornonitria. Their 18th year takes place during the carnival and fasting period from 5 February to 12 March 2022. Past years have been marked by a pandemic, which continues during this year's festivities. Visitors to the festivities will have to adapt to the restrictions involved. Hornonitria winter festivities will be accessible only in OP mode.

The aim of this unique project, which brings together seven thematically related events, is not only to complement the offer of quality culture for residents and visitors to the municipalities of the Pravnianska Valley, but also to map, preserve and spread folk culture as our valuable ancestral heritage. The opening of the Winter Festival took place on 5 February 2022 at 4.00 pm in the ceremonial room of the Municipal Office in Nitra Pravno. It included the opening of the exhibition From the Drawer, at which Bibiána Krpelanová, a native of Nedožier-Brezian, presents her collection of traditional clothing from Upper Nitra. At the same time, it is possible to admire the art of Easter eggs from the Pravnianska valley at the exhibition. The exhibition will run until March 11, 2022. Súzvuky is the name of the event, which is dedicated to the singing groups of the Carpathian Germans' associations, which operate in the Pravnianská and Handlovská valleys, and their guests. This event took place on Sunday, February 13, 2022 at 2 pm in the House of Culture in Tužina.

The last event of the Hornonitria Winter Festival will be the Passion Concert, which will take place on Saturday, March 12, 2022 at 3 pm in the Church of the Exaltation of St. Cross in Chvojnice. Sacred compositions of various style periods will be presented by the vocal group SKLO from Bratislava and songs of the Lent period will be amplified by members of FSk Lubená from Poluvsia.

We remember the important folklorist of Upper Nitra at the Jozef Strečanský Memorial, which, however, will take place this year in an unconventional way at the beginning of June 2022 in the House of Culture in Poluvsí. The Memorial will include a competition of non-professional folk music performers. The offer of the 18th year of the Hornonitria Winter Festival is extremely rich and it is up to you whether you find free time and visit this unique traveling festival of folk culture in Upper Nitra.