Exhibition &quot;Persecution of the Roma in the Period of the Slovak State&quot; 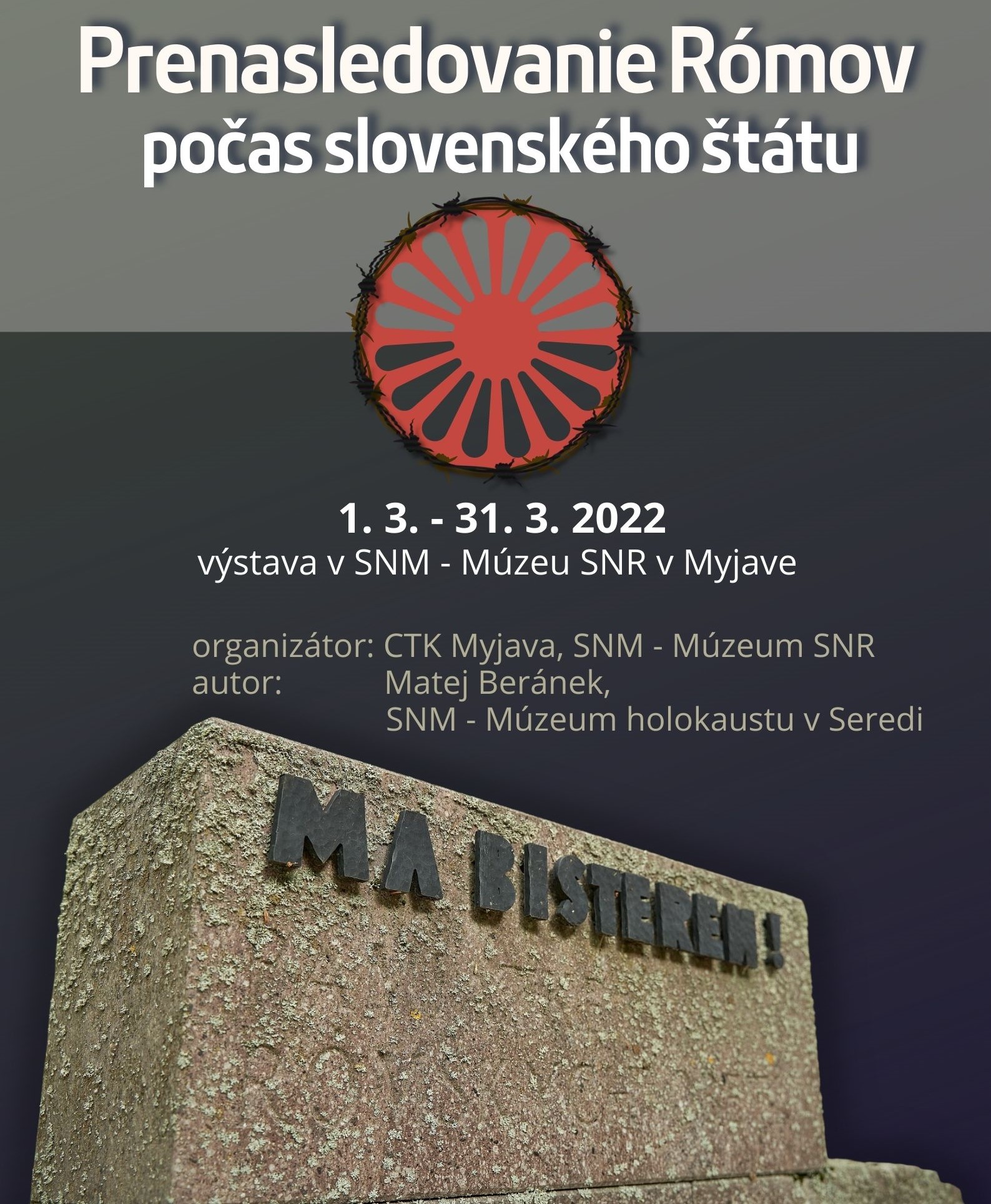 Exhibition &quot;Persecution of the Roma in the Period of the Slovak State&quot;

Slovak National Museum - SNR Museum in Myjava invites to the exhibition, which will take place on March 1 - 31, 2022

The Persecution of the Roma in the Slovak State is an exterior exhibition borrowed from the SNM - Museum of Jewish Culture, Holocaust Museum in Sered. It focuses on the persecution measures of the Slovak state against the Roma. In the beginning, it introduces the visitor to the Nazi racial policy and persecution of Sinti and Roma. It deals with the genocide of Roma communities, which culminated in the liquidation of the "Gypsy family camp" in the Auschwitz-Birkenau concentration and extermination camp. The final part focuses on the anti-Roma policy of the Slovak state between 1939 and 1945. The author of the exhibition is the historian Matej Beránek from the Holocaust Museum: “The exhibition reflects the specific steps taken by the Slovak state in anti-Roma policy. From the introduction of work duties, restrictions in everyday life, propaganda against the Roma to reprisals after the outbreak of the Slovak National Uprising. "

Martin Korčok, head of the Sered Holocaust Museum and representative of the Slovak delegation to the International Alliance for Holocaust Remembrance (IHRA), added: "Neglect of Roma genocide during the Holocaust has contributed to the prejudices and discrimination that many Roma communities still experience."

The organizers of the exhibition are the Center for Traditional Culture in Myjava, SNM - SNR Museum in Myjava