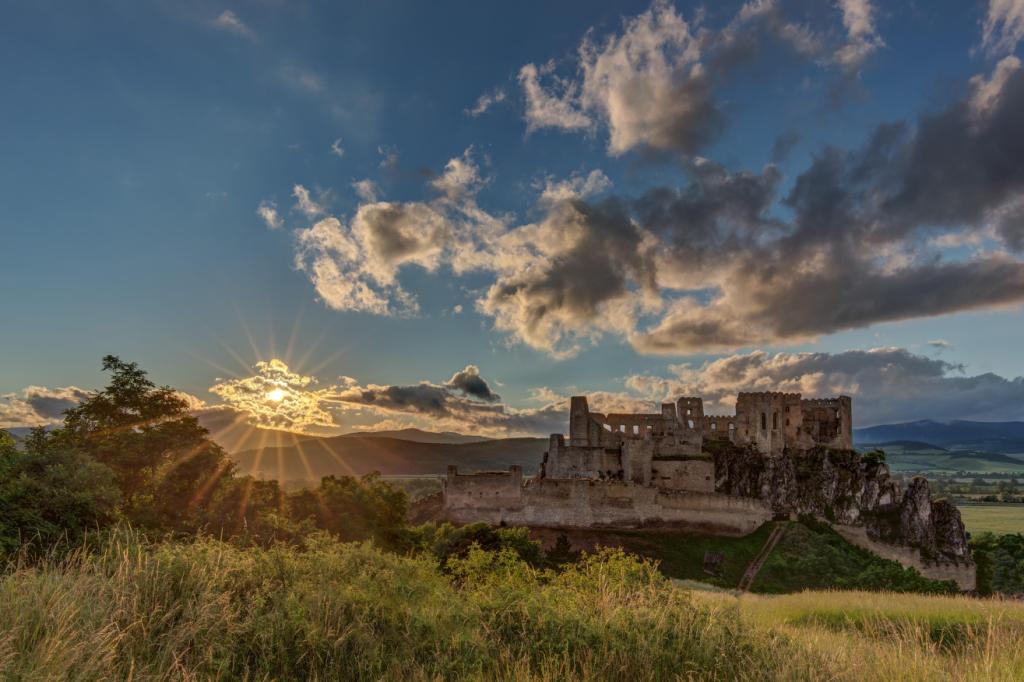 Dominant and majestic. This is Beckov Castle. It grows out of the rock, it is back with it, as it is with it, the story that it is wearing. Beckov was the castle of kings, princes, and knights, witnessing the patronage of the mighty and the suffering of the weak. He saw everything! He was like that, and he's an impoverished Guardian of Považia.

Beckov Castle was probably built in the middle of the 13th century and should serve to defend the north-western border of the Kingdom of the Kingdom of Hungary. The castle was originally the property of the Hungarian kings, later it became its owner Matúš Čák Trenčiansky, who deserved to gain him. Beckov was an important center of trade and crafts at that time. The greatest development, however, was recorded at the time when his master Stibor was behind Stiborice. Beckov became a gothic gothic mansion with a beautifully decorated chapel. Later, Stibor's granddaughter, Katarina, became a castle palace with the knight Paul Pavlov, and the Bánfi family built new fortifications on the castle and the "Delta bastion". Building adjustments to the castle helped to face and resist the attacks of the Tatars and Turks. The Bánfi family died out of the sword, and the disagreements between several heirs resulted in the gradual decline of the castle, which culminated in a devastating fire in 1729. Ruins remained of the majestic Beck. Today, thanks to the ongoing and ongoing reconstructions, you can also penetrate into the magical world of the Middle Ages in the bowels of the impoverished Guardian of Považia.

How much did Shaos Becko deserve such a generous gift? How did the gentleman serve such a cruel punishment? Two different stories tell of the mysterious history of Beckov Castle. The first one tells the story of Stibor's jester Becko, who cheered his lord after a hard hunt. The second offers the story of a castle lord who has razed his breadmonger after attacking his dog. The first describes Stibor as a grand-prince who, in a weak moment, gave his servant a really hearty gesture. Castle! The second portrays the master as a monster who has cast his servant out of the castle. In the first story, the master swore to his gift and bought it for gold, and the promise that the castle would be named after its original owner, Sasha Beck. The second reputation ends with the death of the castle master, which his servant prophesied to him when he fell from the rock. "We will meet in the year and the day!" So it happened. The answer to the question, which is true of the fairy tale, is only the castle walls. They keep it for eternity.

You can admire the beauty of flora and fauna in the protected area of ​​Beckovské Skalice, in the Sychrov Nature Reserve and in Skalka near Beckov.

The museum offers a tour of exhibits showing the history of the village and the castle. An important part is material about the important natives of Beckov, demonstrations of traditional crafts and the historic interior of the surrounding mansions and mansions.