The General Stage of MR Štefánik 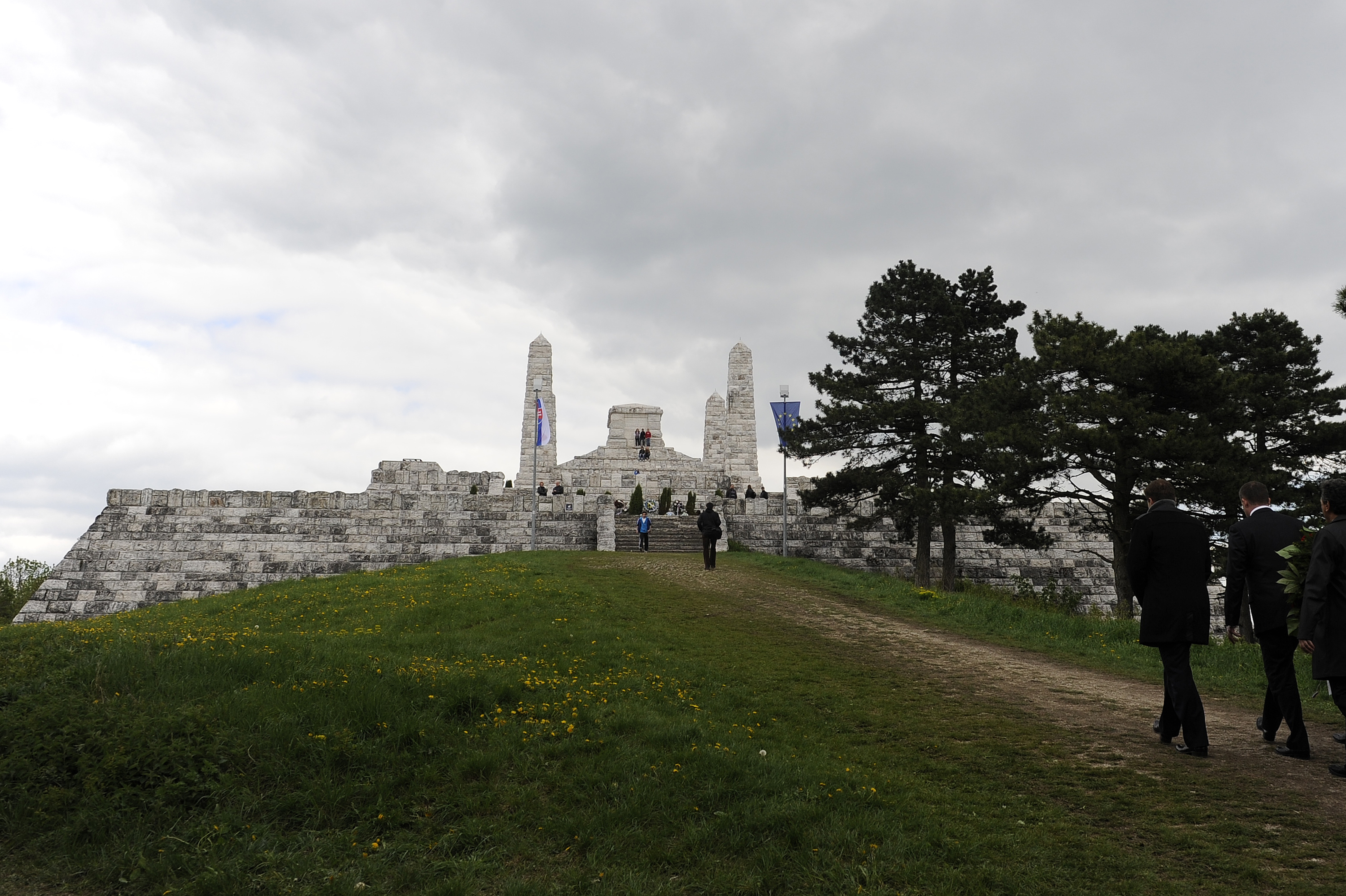 The pearl of the Myjavská hill is located on the road between Brezová pod Bradlom and Košariskami. The stunning whitewash of the Spiš travertine on the highest peak of this hill makes a unique building of the eternal resting place of the legendary general, pilot and the viewer unforgettable from all sides and from the heights accessible only by birds and courageous Ikarom ...

After years of national oppression and struggle for national identity, the inhabitants of Brezova and all Slovaks welcomed the creation of a separate Czechoslovak Republic in 1918. For his birth he was also a charming native of the neighboring village Košariská MR Štefánik. However, he did not return to the liberated and newly established country. His plane crashed on May 4, 1919, in the unclear circumstances near Bratislava. The tragic death and funeral of MR Štefánik on May 11 in Brezova and Košarisky became a national event. The foundation stone of the building was laid on May 4, 1924 by Foreign Minister of Czechoslovakia Eduard Beneš.

The memorial on Bradlo Hill reminds the life and work of an important Slovak politician, a scientist and soldier of the European format of Milan Rastislav Štefánik (1880-1919). According to the project of the genius Slovak architect Dušan Jurkovič, the work was built in 280 for 280 working days in 1928. The rectangular monument orientated from the west to the east consists of two spacious terraces and a quadruple tomb with memorial plaques. From the corners of the mounds, the 12-meter oblique obelisks are centered on the clouds.

"In a wide field the monument stands" (Jozef Pavlovič)
In the family of the Evangelical parish priest in Košarisky, it was cheerful. They have children as a star. In short and well, Milan Rastislav was born as six of twelve children. He loved the stars a little. "Mum, that's my star," he often pointed at the big one right over his head. The school wore the same star unit. He also successfully pursued college studies in Prague. Then he decided to be an observer. So Milan Rastislav Štefánik went to France. It was very difficult, but it was over, because he wanted to wake up. He watched stars from the highest European Mont Blanc hill. The star devoted all his strength and health. Thanks to them, Štefánik knew far-off worlds: Africa, Asia, America, and the far-flung Pacific islands.

In May, the May National Meetings are held every May in a unique atmosphere of appreciation of national pride. It is also a suitable tourist destination. The location of the general mound offers a splendid view of the surrounding Copan region. At Bradlo (543 meters above sea level), the 4-kilometer-long communications are maintained by the mound.