Not even a heart from a rock can resist Skalka 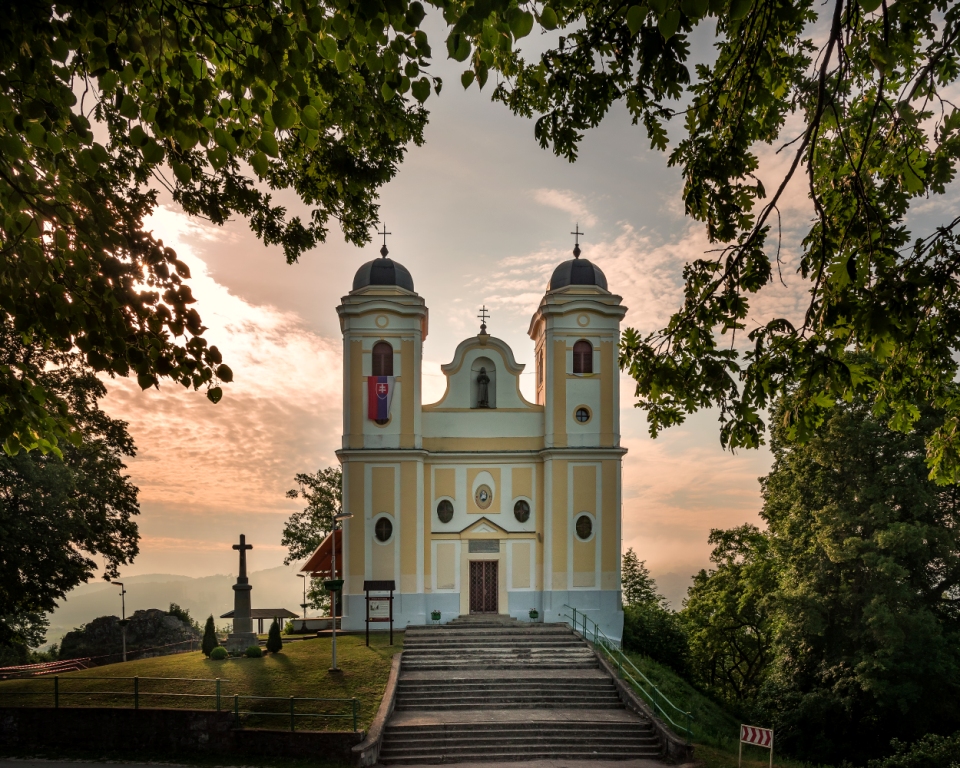 The hermit St. lived here. Andrej-Svorad and later his student St. Beñadik. Matúš Čák also liked to visit this place. The spirit of the rockery appeals to artists and ordinary visitors, who find here silence and peace, so necessary in today's rush. The oldest pilgrimage site in Slovakia is indeed an interesting tourist attraction.

We begin the story of Skalka with guide Katarína Darvašová at the turn of the 10th and 11th centuries. At that time, Saints Andrew-Svorad and Beňadik lived here. "They are the first saints in our territory whose canonization we have documented. It is interesting that they were canonized with Stefan (the first Hungarian king) and his son Imrich. At the same time, two monarchs and two hermits became saints." On Skalka there is a unique chapel with an entrance directly from the cave. Even the cave itself is the oldest in Slovakia, of which we have a written reference dating back to the 14th century. "The chapel with the entrance from the cave is unique in Slovakia and there are very few such places in the world. You enter the cave through the Gothic portal, which is a gift from Matúš Čák and has lined its entrance for 700 years. History describes him as a tough soldier living in conflict with the Catholic Church, but he liked Skalka.

Skalka is a place where not only believers and tourists go. Some come here several times a year. "Many come just to sit and think," explains the guide. "Also in the chronicle, one of the visitors left us a message: 'Although I am a non-believer, I like going to Skalka. I find peace, rest and recharge my energy.' Others stop on the way from work, for example a man from Orava who works in Bratislava and his car seems to have turned on its own at Skalka. "It is a place prayed over - there was a Benedictine abbey here for three hundred years, Jesuits were here for more than a hundred years, and prayers were prayed at this place for four hundred years." It has something in it, which today we call genius loci," adds Katarína Darvašová.

For fifteen years, artists have been meeting here for the symposium ORA ET ARS - PRAY AND CREATE. In the atmosphere of peace, new sculptures, paintings, literary and other works with the theme of Skalka are created. They are presented to the public during the annual opening in July. In the same month, a traditional pilgrimage is held on Skalka as a reminder of the feast of St. Andreja-Svorada and St. Benadika.

At the beginning of the first holiday month, the area under Skalka belongs to the Catholic pilgrimage conference "New Dawn", during which approximately five hundred young people and families camp on the meadow under Skalka. At the end of August, family ties are strengthened here at the "Father and Son" event. "This year's exceptional event is the T22 Youth Meeting. Thousands of young people are gradually coming to Trenčín and to Skalka. The meeting is a traveling one, it always takes place in another Slovak city in a year when the Pope does not organize the World Youth Day. The event will culminate with a holy mass at Skalka, and several participants will also come here as volunteers," explains the guide about the long-awaited visit. While talking about Skalka, the walls of the chapel in the middle of the cave caught our attention. We are standing in front of the altar and on the walls are "cut-out maps" that helped archaeologists recognize the original, approximately 400-year-old decoration. "Before the planned reconstruction, more detailed research was needed. Thanks to him, they found paintings from the original church, which were left here by the Jesuits. Now experts are processing the findings and creating visualizations and proposals for what to do next." Although the current state of Skalka needs reconstruction, it is nowhere near comparable to the state in which it was found after the fall of the regime after 1989. Today it is clean, cultural, quiet and a welcoming environment where visitors like to return. The recently built cycle path, which runs under Skalka and where there is even a tourist rest area, also helped the attendance. Tourists also liked QR codes, which are a modern alternative to tourist stamps. Thanks to them, they can listen to an online recording that will bring them closer to the history and interesting facts about the oldest Slovak pilgrimage site.