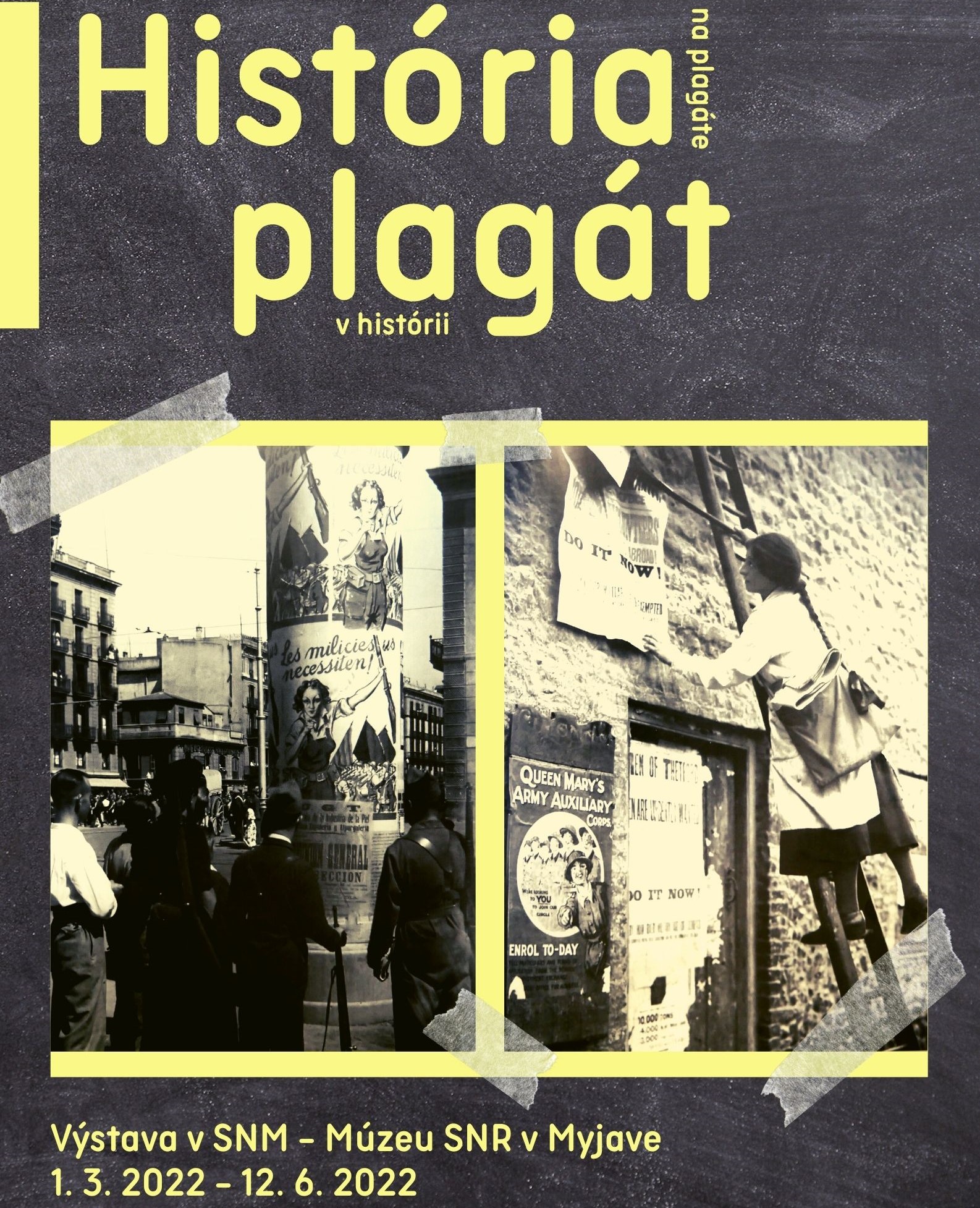 The Slovak National Museum - SNR Museum in Myjava invites a new exhibition, which will take place from March 1 to June 12, 2022.

Poster History, Poster in History is an exhibition that captures the meaning and birth of the modern poster at the beginning of the last century. It presents a rich and varied collection of posters from the collection of the SNR Museum. Exhibition curator Mgr. Juraj Kristofik, PhD. will present the poster to the museum visitors as a means of promotion and a weapon of mass communication. This function of the poster is best demonstrated by the periods of building totalitarian regimes and fighting in the world wars that this exhibition focuses on. Juraj Krištofík continues: “Theoretically, the best poster is striking, economical and effective. It mediates direct and simple administration. The content of the poster touched on sensitive topics that tend to move the nation to action. It was mostly issued by agencies to inspire, intimidate or seduce the public. He urges, talks, seduces and forces. Governments used posters and advertising techniques for the first time during World War I. As early as the beginning of the 20th century, however, psychologists Walter Dill Scott and Gustave Le Bon believed that the masses were sensitive to irrational motives through the subconscious and to repeated attractive slogans. They realized that the masses could be prone to abuse by demagogues, but the benefits of effective information dissemination through posters allayed concerns.

Thus, the exhibition is a testimony that the intention of the disseminators of information does not always have to be just information about the facts or their own beliefs, but their goal is often to strengthen the power or financial gain they can achieve by manipulating the public.