A rare archaeological find from the Late Bronze Age 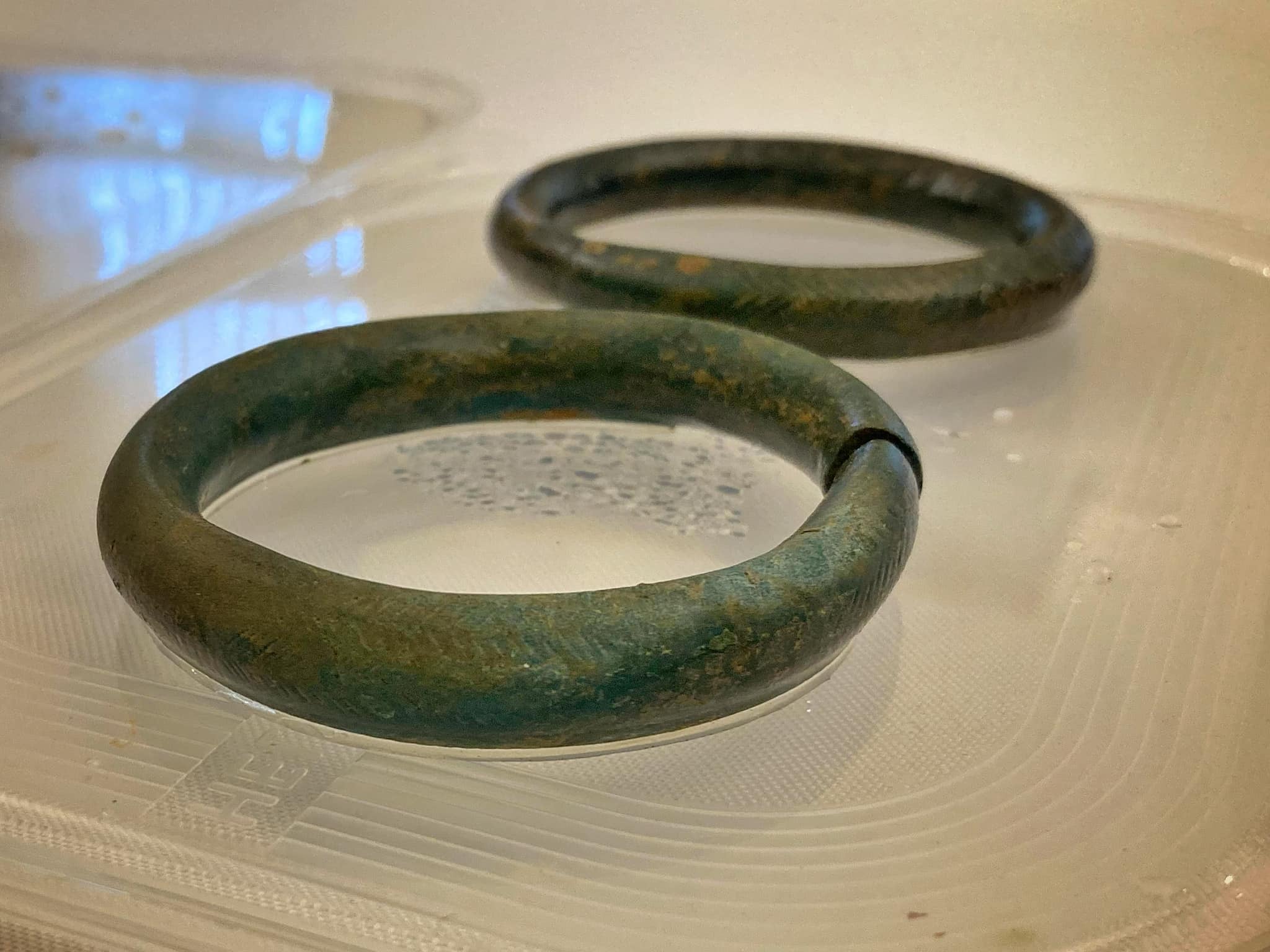 In order to protect the cultural heritage, the Trenčín Museum, in cooperation with the Trenčín and Oz Hradiská Regional Monuments Office, under the leadership of archaeologist Mgr. Juraj Maleca, PhD., Managed to discover a rare mass finding of bronze objects in recent days. The bronze treasure was discovered as part of current preventive measures aimed at the operative rescue of endangered archaeological finds in hitherto unknown localities.

"Mass finding, so-called depot, was lifted from the archeological site in a block of clay. We learned the exact content of bronze objects in the premises of the Trenčín Museum during a professional analysis, which was carried out in cooperation with archaeologists from Comenius University in Bratislava and Masaryk University in Brno. " Said the director of the Trenčín Museum Peter Martinisko.

"The depot contained complete jewelry for women's costumes . Of the 12 items acquired, a massive gable clasp dominated, in which other jewelry was fastened, namely 2 twisted neckerchiefs, 2 bracelets and a multi-piece headband. The bronze depot still contained two earrings, an eyeglass pendant, a large plunger, a small plunger and another neck brace, " explained the research leader Juraj Malec. "We can confidently date the findings to the Late Bronze Age , resp. to the 12th - 11th century. BC and attribute them to the bearers of Lusatian culture . Several samples were taken from the rare archaeological discovery for further scientific analysis, " added Juraj Malec.

The professional procedure in the case of obtaining such an exceptional finding is in sharp contrast to the still current headless and reprehensible illegal looting of archaeological sites. The so-called "Detector tourism" and the theft of archaeological cultural heritage is a worldwide phenomenon that has recently taken on unimaginable proportions in our territory.