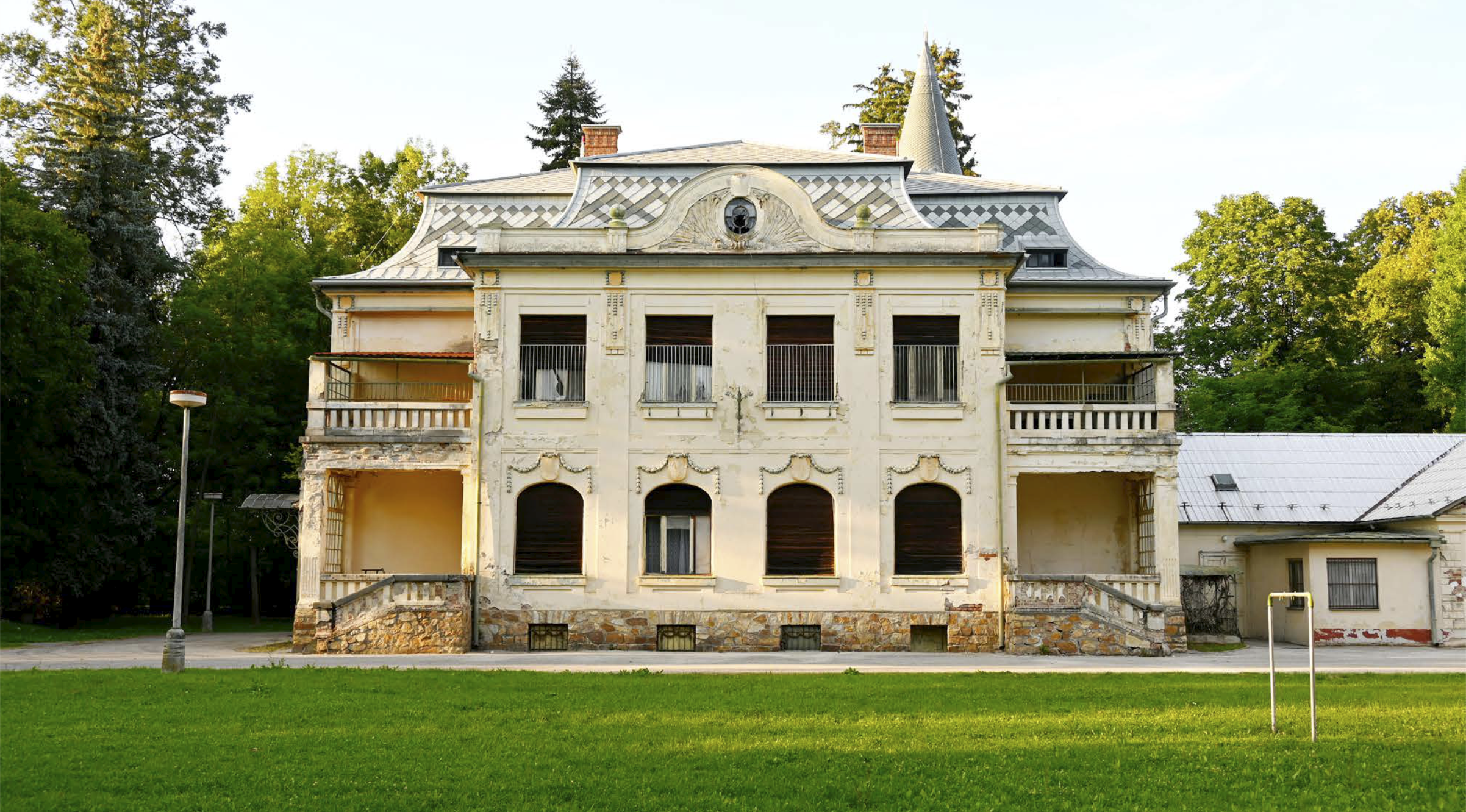 A beautiful mansion in the lap of beautiful nature. When you arrive in Janová Ves, part of the municipality of Klátova Nová Ves, it's as if you find yourself in the English countryside. This is how the local cultural monument works - an art nouveau mansion surrounded by meadows and artificial lakes fed by a local stream. You will meet fishermen on their banks, here and there there will be visitors who want to admire the view of the historical building. However, the ravages of time have taken their toll on it too.

The mansion went through several reconstructions, and the first mention of Ján Bošáni's manor dates back to 1591. Currently, it is a multi-wing building, its former appearance is shrouded in mystery. It was successively owned by the Langhammer family, until the beginning of the 20th century it was in the hands of the Pidol family, and in 1906 Baron Leopold Haupt-Stummer bought it for his daughter Gertrude. Her husband Dr. Edmund Nessner is the most famous owner of the mansion. He was an important nobleman and a doctor with a big heart. "He loved the village people, he helped everywhere, he treated the inhabitants with the herbs he grew. The locals still remember him," revealed the mayor of the village, Iveta Randziaková. After his death, his wife donated the mansion to the state, and for decades a children's sanatorium, which was established in 1967, operated here . We are currently finishing a complete repair of the roof, there will be a completely new covering. We use the area for various events. The parish office organizes daily summer camps here in the summer," noted Randziaková. The municipality acquired the mansion as a national cultural monument in 1998, and now they are trying to turn it into a worthy historical building with cultural and social use.

From the park's architecture, a bridge with a wrought-iron railing has been preserved to this day, and the water turbine at the confluence of the streams, intended for the production of electricity for the manor house, was another interesting feature. The mansion is also one of the stops on the local educational trail, which takes visitors through several cultural monuments of Klátová Nová Ves and its surroundings. In addition to it, there are two more right in the village at the foot of Tribeč - a Renaissance fortress from the mid-16th century built as a four-towered storey mansion, today the village ceremonial hall, and a neo-baroque mansion from the 18th century, today the training center of the Statistical Office of the Slovak Republic.