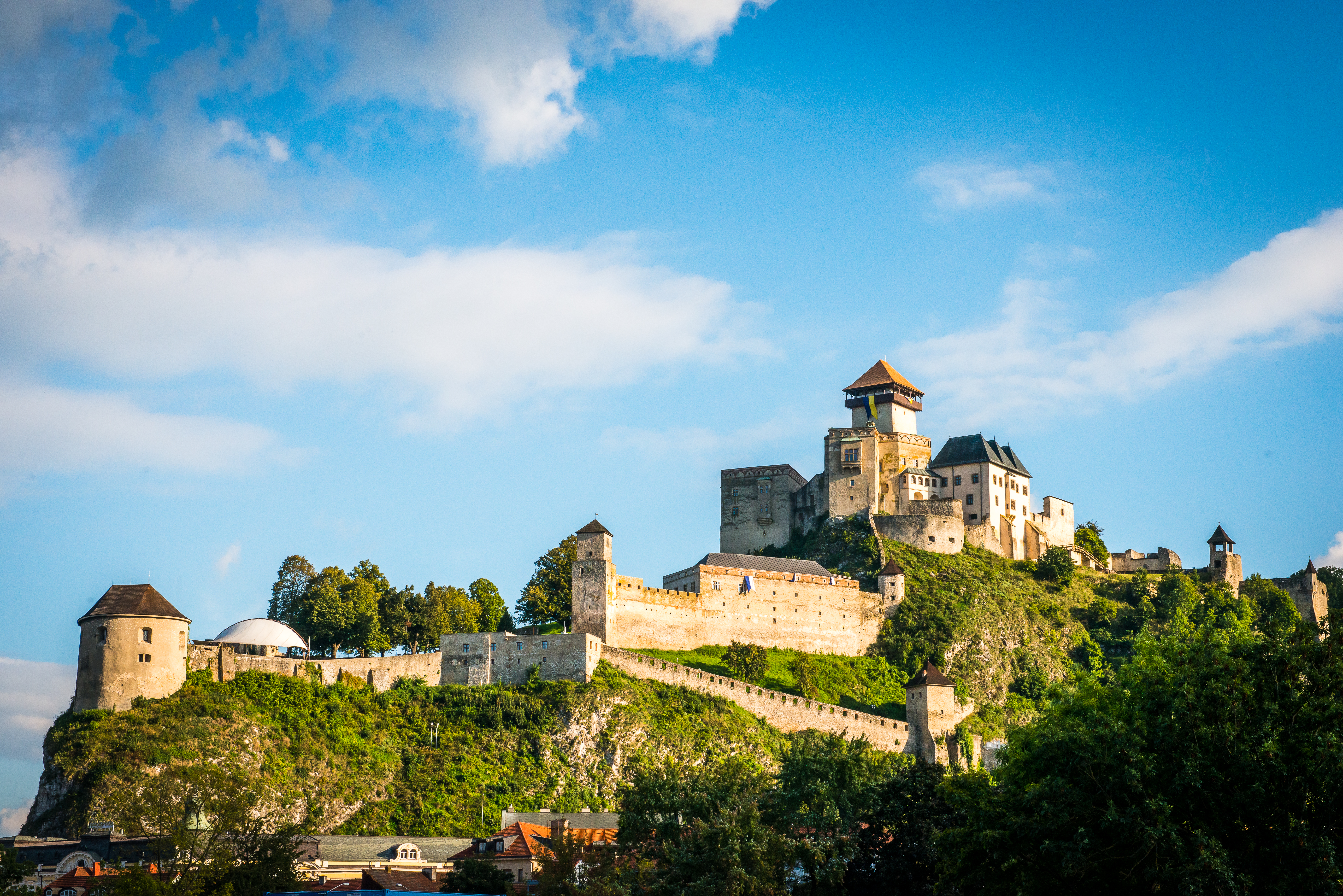 Trenčín Castle, which is managed by the Trenčín Museum in Trenčín and is considered one of the most beautiful castles in Slovakia, has been undergoing various renovations and reconstruction works since the beginning of September. So far, renovations and repairs have been completed for almost 75,000 euros, including VAT.

In September 2021, the roof of Matúš's tower was reconstructed. During the 16 calendar days, the old wooden shingles were removed from the roof, which replaced the split shingles from the deciduous spruce. This looks contrasting to the other roofs on the castle, which is caused by red spruce. However, the shingles darken over time. The museum reconstructed the roof due to leaks into the attic of the tower, which was repaired gradually from 1978 to 1999. The project was implemented with financial support from the budget of the Ministry of Culture in the amount of 38,000 euros. The total price of the work is 52,494.63 euros without VAT.

In addition to the installation of a new roof covering, the wooden part of the truss of Matúš's tower was also treated against wood-destroying insects. The impregnation was also carried out on the roof of the barracks building. The museum paid 4,419.19 euros, including VAT, for this work.

The replacement of the wooden railing between the fourth and fifth castle gates was also successfully completed. The new railing, 36 meters long, is made of dry oak lumber and is impregnated with linseed oil. The Trenčín Museum used its own resources in the amount of EUR 8,350, including VAT, to replace the railing.

Another novelty is the freshly painted largest room in the castle - the Knight's Hall in Barborin Palace. The price of the work represents the amount of 5,397.99 euros including VAT. The museum has also invested in new more economical and aesthetic lamps in this room, in the amount of 4,066.80 euros with VAT. The work in the Barborin Palace has been completed and the building is again accessible to visitors to the castle from Saturday, October 16, 2021.

Repairs are also carried out on the castle wall in the southern fortifications. Weathered plaster is gradually removed from the original masonry of niches (shooting ranges), and this is subsequently re-bricked. Work on the niches should be completed by 30 November 2021 and will require EUR 18,985.78, including VAT.

Last week, work began on a new walkway in the barracks building. The work is financed by the Trenčín self-governing region. The total price for the work is worth 167,091.50 euros including VAT and includes the cost of manufacturing and assembling the wooden structure of the walkway - consoles, railings, stairs, floors and all accompanying work such as wall cleaning, demolition, masonry, plaster repair, painting the entire facade, surface treatment, impregnation of the walkway, etc. Despite the reconstruction works, the expositions "Nedobitý" and "Pán Váhu a Tatier" on the 1st floor of the barracks are open to visitors.

From 19.10.2021 Trenčín Castle awaits the replacement of windows and doors on the buildings Summer Tower, 5th Castle Gate, Ľudovít Palace and Carriage House. The cost of the work amounts to EUR 9,300, including VAT.

By the end of the year, the museum is planning another major and costly renovation, namely the reconstruction of the sewer connection on Matúšova Street, which began on October 18, 2021 and will be completed by December 15, 2021 at the latest. The total value of the work is 149,006.40 euros with VAT. The reconstruction is financed from the resources of the Trenčín self-governing region.

In this way, we would like to thank the students of the 3rd year of secondary school Považská Bystrica, carpentry department, who under the guidance of master Mr. The biscuits made a new wooden staircase and a balcony on the fifth castle gate. The lumber was provided and provided to the students by the Trenčín Museum in Trenčín from its own financial resources.