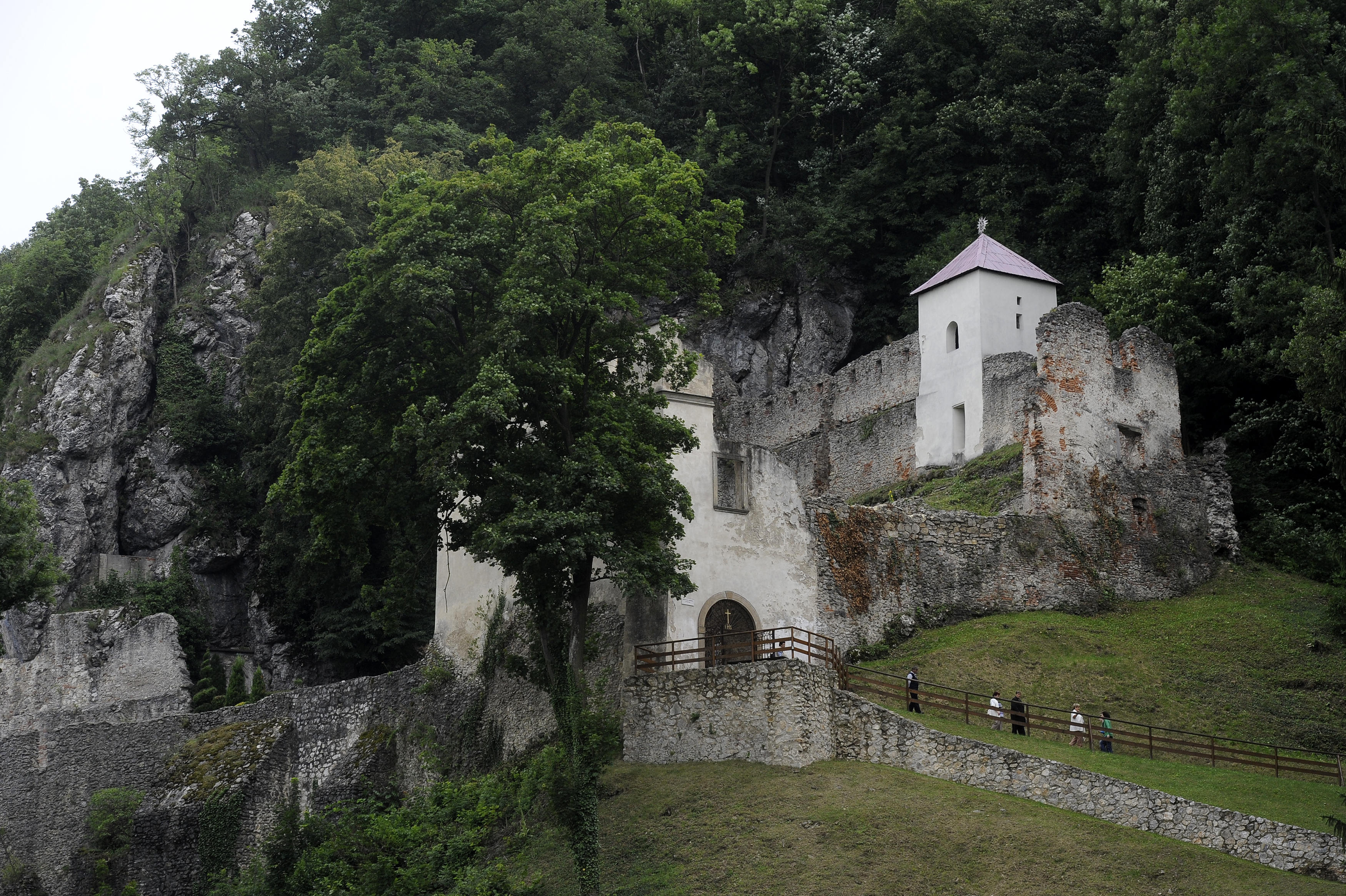 Whoever wants to walk through the pilgrimage path from the source of our history can certainly walk from the place of one of the oldest settlements in our country even during the Stone Age.

The oldest pilgrimage site in Slovakia Skalka is located on the way from Trenčín to Nemšová. It consists of two buildings: Malá Skalka with Baroque church built in 1745 on the limestone rock, which is the opposite of Trenčian castle castle, and from the monastery - Veľká Skalka. Settlement Skalky is dated by experts on the basis of archaeological finds from the late Stone Age (around 2800 BC). Skalka with a convenient strategic location was the ideal place to set up a settlement. Unmistakable traces left the old Slavs in the form of the castle and the 9th century burial grounds. The most recent archaeological find of the church (from 1995) is proof of the survival of the Great Moravian tradition during the beginning of the Hungarian state. The saints Andrej-Svorad and Beňadik, whom we worship at this pilgrimage site, are the main patrons of the diocese of Nitra.

It was in the times of the first King Stephen I of Hungary, when the monsters Svorad, the real name of Andrew, drove to the desert loneliness in the cave at the monastery on Mount Zobor. He wore an iron chain around his waist, which he never put down, and so he returned to his body. He always kept his fast, had very little food, and never stopped working. After a day's work, he was sitting on the oak tree with a curved brim. Once in the forest, weakened by a heavy robot, he stumbled. A beautiful young man with an angel's look came to him, put him on a cart and drove to the monastery. He told this disaster to his disciple Benedict, and he made him silent. Benedict also sought to live after his father's death according to his teacher. He went to the cave at Skalka near Trenčín. He lived there for three years, until the bandits fell out. When they found themselves poor, they brought Benedict to the shore of Vahah, they killed him, and threw them into the water. While people searched for his body all year round, they were sitting on the eagle's throat. He looked like he was watching something. Then they actually found Benedict's body. He was preserved as if he had died only shortly before.

We recommend an unforgettable and pleasant walk with the length of the 5,5 km route from Trenčín around Váh through the nature reserve Zamarovská jama with a lot of birds to Skalka, which in recent years has also become a favorite place for rockers.