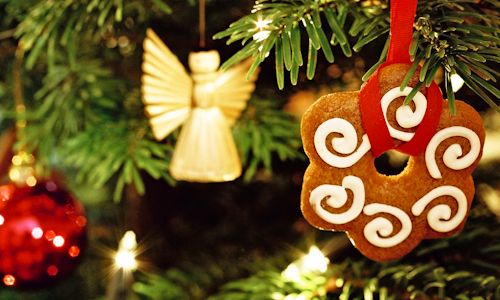 Wafers according to Kukučín

Part of each black-and-white table is wafers. Sweet or salty, with or without stuffing, with honey and garlic. Most people will probably get them out of business or in Christmas markets. However, in several families in the district of Ilav, wafers are baked at home. True traditions remain, for example, in Prussia. In the pastoral center of the local brewery, retired waffles have been baking for several weeks before Christmas, and the resulting dessert supplies all the dwellings in this parish.

This custom was introduced in the past by local priest Ivan Kněže, who inspired the story of Martin Kukučín entitled Christmas Wafers. "I was intrigued by how it all worked with us. It is pleasant to transfer to the past time, into the picturesque Slovak villages, which had their charm especially during Christmas. Snow, hard work, poverty, difficult life, keeping habits. But the family did not miss the joy, "he explained. In Prussia, about 35,000 cubs will be cooked for three weeks, then they will be picked up and packed. On Christmas Eve, wafers are often the first meal of the feast, to be the symbol of God's blessing.

SOBÁŠNICA AND HONEY CROWN AT THE FRONT

Vianociach in the surroundings of Trenčín can also talk to the native of Soblah and the traitor of the traditions Jozef Ďurač. Even in the past, people have been giving gifts. Adults, however, were out of this habit. Only children gave birth. While the main part of baby gifts today make up toys, and the pajamas with socks are only numbered, it was once the opposite.

Toys you would be looking for under the tree, Jesus wore practical gifts like barnacles or gloves. Whoever listened very much and parents could afford it, even found boots. With regard to the midnight menu, the main course was the cabbage. It has done dozens of ways from the cavalry to the cavalry. Someone added it to the vampires, plums, and in some households a so-called marriage was given. It was not a special wedding soup. It was only the cabbage that married bean in one pot. If sausage and smoked sausage were added to the cabbage, it was not until New Year's Eve. Evening greetings still continued to be carried in a fast-paced, rampant spirit. But until the hosts sat down at the festive table and gave the honey cricket to their forehead, the family paused in the mastali. The ceremony was also celebrated by a team that made Christmas really beautiful. Carrots and horses have tasted on carrots or apples. Depending on who he was. In the warmth of the family, the family had already arrived, the children unpacked presents, went to the mornings and went to the tournament before they could.

By the Second World War, the Carpathian Germans represented around sixty percent of the population of Handl. The region came mainly from Kremnica much earlier, at the turn of the 20th century, when industrial mining was opened in the mines. After the war, out of 11,000 remained less than half, the integrated minority still resembles typical stone houses. Although many Carpathian Germans were forced to move away, their descendants are still returning to Handl and the surrounding area. Those who stayed remembered ...

Ms. Hildegard Radovska is 83 years old and is the head of the Carpathian Society in Handlová. Still a youngster who was twice younger than two years ago, was awarded the Gold Senior Year of 2014 in a non-profit organization, a non-profit, Helping Elderly Forum. "Christmas once? They are connected with the village Horny Turcek, where I spent them as a little girl at her grandmother. And according to the habits of the Carpathian Germans. The whole day did not happen, it was a test of endurance. But when we were very hungry, our grandmother pulled out a cake. Pełne. Round, about a quarter of a meter in diameter, from a thin, sour path, wider. Potted butter, curd or plum jam. Even though it was fasting, the cattle were kept, the walls were white, they were cleaned. And she was waiting for dinner. It started late, in deep darkness, after eight o'clock. No cabbage with sausage, she was spoiled until after her return from the midday mass. No wafers. At first, they ate nuts, fruits, and the main course of popcorn. Nothing more, neither fish nor salad. On the tree that was run from the top of the beam, only the natural ornaments and the songs of Old Christmas were singing, "recalls Mrs. Hildegard.

Smoked or other meat delicacies were served until the first Christmas holiday. These days, according to the old habits, the special drink called Prampai and the Golden Senior of the year 2014 has made it to the closest to this day. "Let the sugar be scaramelized, adding water, clove and cinnamon, and let it cool down to a warm temperature. Then lengthen, precede and add hot vodka or alcohol. The Prampai Warmer is served warm and cold, drinking very well, it just does not need to bite it. "

Cabbage with oak and christmas

Helen and Elijah live in the Palit near Partizan. Christmas celebrates together for nearly 60 years. During the day they will fast and after returning from the Christmas liturgy, they will sit for a black-and-white table. Father, a wafer with honey and garlic and then ... Then comes the many curious combination. Cabbage with oatmeal served with homemade Christmas.

Yes, sour soup and sweet pastry. When we find out where this connection came from, there is silence. After a short while, they agreed that Elijah, a native of Gapla, brought it home. Although it was already a special combination, she made a new home. And her sons and wives also received it. Even the saints. Nowadays, Christmas and New Year's Eve cream cabbage is going to buy a sweet christmas and their grandchildren with their families. It is true that every new member of the family has been suspended over this course, but after the tasting they can not imagine Christmas without it.

Talking about this unusual combination, however, ends in a truly quaint way. Finally, we learn that although the whole family of the gaelic cabbage with a Christmas tree has taken as its principal importer, Mr. Elias, the cabbage is basically forcing bread.