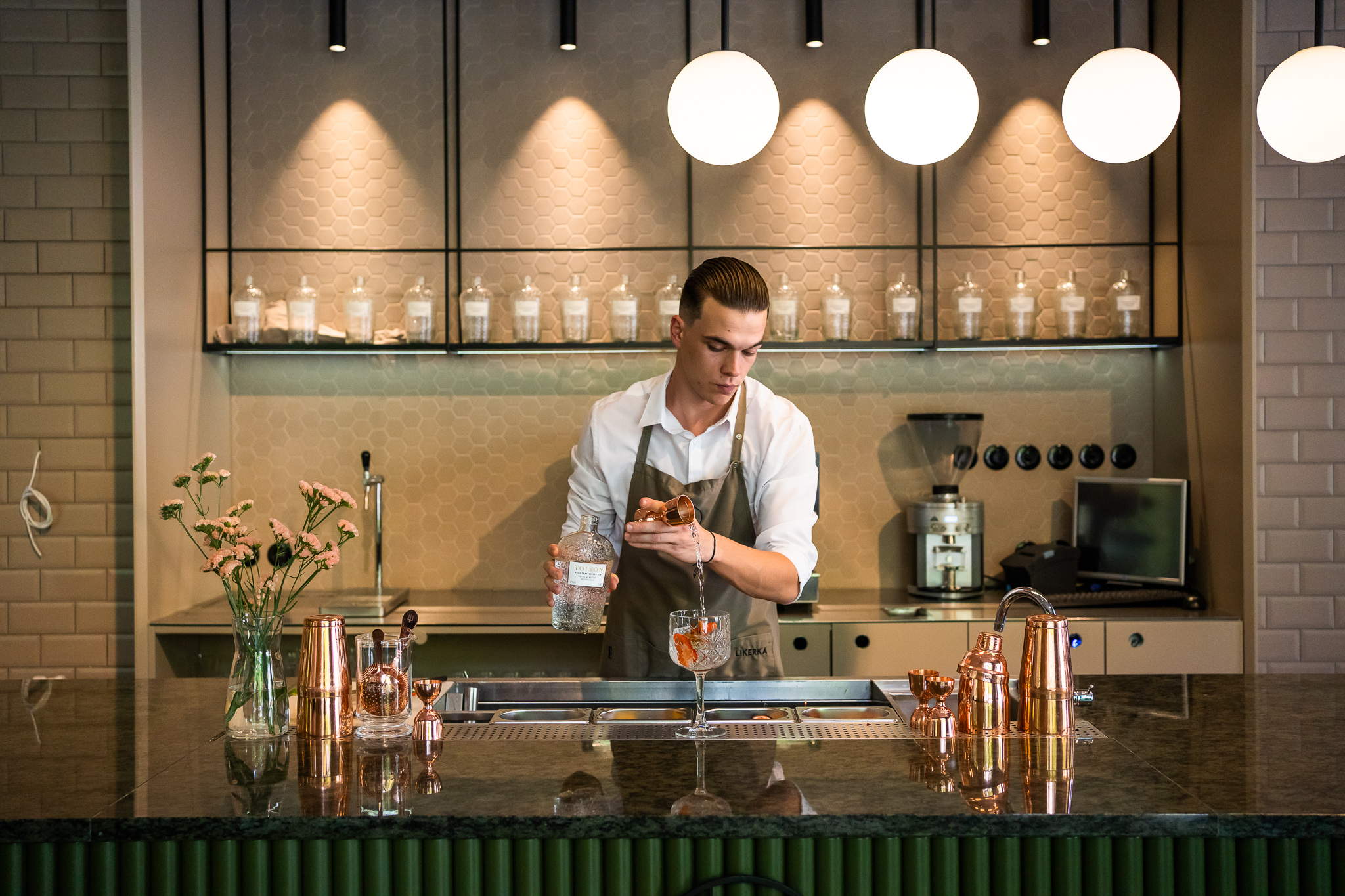 The Trenčianske Teplice liqueur is proud of her exceptionally successful balance this year. The combination of quality architecture with the production of local craft distillates of the highest quality brought the co-owners the fruit they deserve - the distillery itself and the tuned Slovak gin TOISON won rare awards from prestigious competitions. And only after more than a year since the opening of operation and start of production.

The Likérky building, which is located at the interface of the pedestrian zone and the park. In October, the original interior concept was won by the judges of the INSAID Awards competition, organized by the Slovak Association of Interior Designers (SAID). The liqueur became the absolute winner of the Horeca category.

An equally strong impression was made by the operation on the expert jury of the prestigious architectural competition CE ZA AR 2021, which included it in the five best works nominated in the category of Civil and Industrial Buildings. "Our intention was to create an elegant and at the same time calming atmosphere in the premises of Liqueur, which would underline the spa genius loci. We wanted to remind guests of the nobility of the former social life and create a place that would perfectly correspond to our gastronomic concept of the bar and cafe associated with the distillery itself. We are extremely pleased that we have managed to materialize our vision into such a successful operation, which resonated not only in our visitors and spa guests, but also in the professional public. It is also proof that quality and meaningful architecture can enrich the social functions of the city, "say the co-owners of Likérka, Pavol Sirotný and Michal Hajský.

One of the products of the Teplice distillery - the TOISON craft gin - is celebrating even greater success. In addition to the bronze award for taste in the international IWSC competition and the prestigious Pentawards design award, he recently added the world-famous "red dot" for exceptionally high-quality design - the Red Dot Design Award. This award has been given since 1955, in several categories, with the Slovak gin TOISON becoming a laureate in the packaging design section. The first-class and unmistakable taste of this extremely strong and at the same time fine distillate contains tones of meadow herbs, spices and citrus. All this is hidden in a bottle, which has the shape of a shepherd's bell and distinctive details evoking sheep's fleece. According to legend, the Teplice healing springs were discovered by a lame shepherd in search of a stray sheep. "TOISON is the showcase of our Teplice distillery. It was created with the intention of producing a Slovak gin that would be world-class, but at the same time would fully reflect local traditions. We are proud that we contribute to making Slovak products resonate on the international scene, “look forward to the founders of Liqueur, in which they currently organize production tours associated with a guided tasting of both spirits - TOISON gin and Dr. Kramer herbal liqueur.